Looking for the best Tapsihan in Cavite? Look no further and head on to Kawit, Cavite, the birthplace of the Republic. As it is true to its name, the location is hidden inside an alley along Barangay Wakas of Kawit, Cavite. The Hidden Tapsihan.

The Hidden Tapsihan at the time of this writing has 2 branches. The newest is not too hidden and is along Antero Soriano Highway of Kawit, Cavite. Just beside the Caltex gasoline station. However, as what I heard  through hearsay, it is still better to go to the original branch which is really hidden that is located inside Barangay Wakas, Kawit, Cavite.

Before you reach the end of Mascardo street in Barangay Wakas when you are coming from Aguinaldo Shrine, there is an alley on the left that has a small orange sign which says Hidden Tapsihan. Go inside it and in a few meters, a carinderia with orange paint, that is Hidden Tapsihan.


The tapsi is as good as the the famous Tapsihan in Don Galo, Parañaque with one thing that makes it the best among the rest... the vinegar.

Try it out and taste for yourself. Personally, this is the best Tapsihan for me. 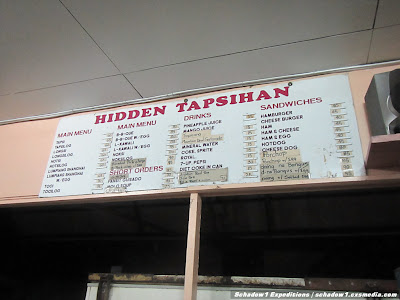 Tapsi is almost similar to beef jerky and tastes uniquely Filipino due to how it was marinated before cooking. Team it up with their signature vinegar and ketchup and crave! 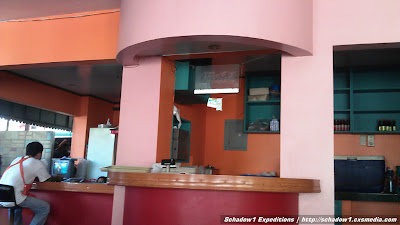 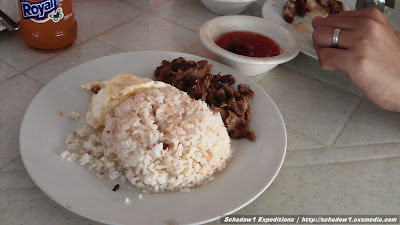 How to get there:

By the way, Hidden Tapsihan is no longer hidden as it is already mapped in Google, Roadguide Philippines and +OpenStreetMap Philippines