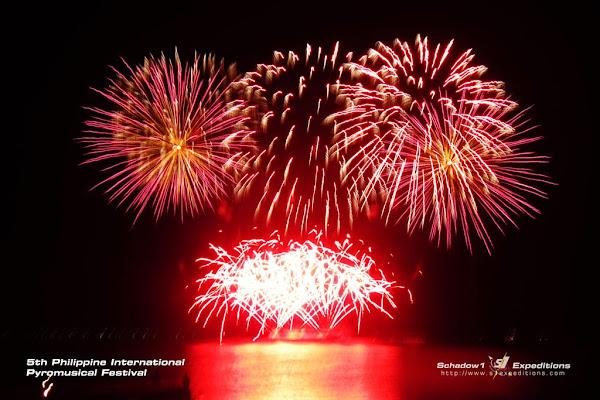 February 22, 2014
Manila Bay is known for its great sunsets facing exactly to where the sun sets all throughout the year. The bay itself is enclosed with the Bataan peninsula to where the great mountain range of Mariveles can be seen from afar as well as the mountains of the Palay-Palay range of  Cavite. The scenery as expected is the best you can get at the Philippine's capital. After the sun sets, what more can you get? Every Saturdays from February 16 to March 22, 2014, indulge yourselves with the festivities at the Mall of Asia Complex in Pasay as various countries' compete for the the best display of fireworks, heart-pounding explosions, music, and parades and food from sun down until midnight. 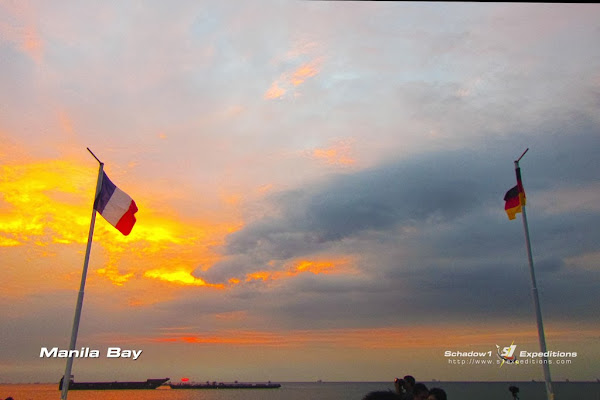 I'm a fireworks kid... to which the grandest holiday for me is New Year's eve; to where it has been a tradition in the Philippines to greet the coming year with loud bangs and colorful eye candies in the sky. Being fond of rockets, flying objects, meteor showers, and a hard-headed yearly victim of  fireworks-related injuries during my younger years (lol), it is without a doubt, the pyromusical festival is one of my sought-after event in the Philippines since it was first held in the country 5 years ago.

For the Spanish and the British, the night of February 22 is a sweaty challenge; but for me and those who were there, it was a grand night. A jaw-dropping spectacle of colors in the sky, intricately choreographed with the pounding music and sounds. The Philippine spirit of love of festivals is all here at the 5th Philippine International Pyromusical Competition.

The explosions started at 7:30PM and each of the contestants were given 20 minutes each to perform their piece.


Spain's entry was noted with fiery color combinations using popular music of the times while United Kingdom's entry has exploited all the hue and has driven out the whole performance from subtle to explosive that mixed well with their choice of sound and music.

Seaside Boulevard at the back of SM Mall of Asia and right at the San Miguel By the Bay food strip has been closed down while dividing it to various vantage point access to the fireworks display. 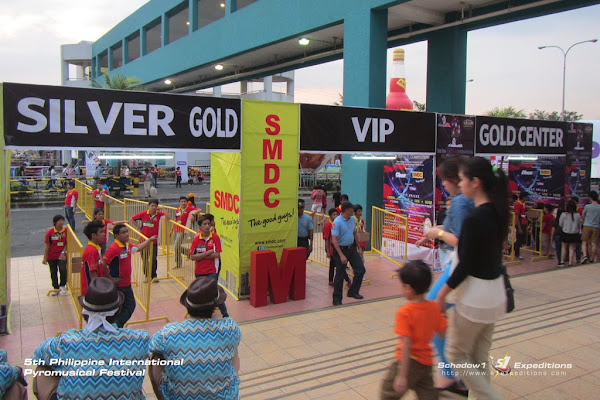 The Silver access allows you to view the fireworks along some parts Seaside Boulevard, however it is noted with various obstructions that hinder you to get a best shot of the fireworks. This is due to the establishments located at the San Miguel by the Bay strip.

The Gold Access allows you to have a better and straight vantage point to the fireworks barge along Seaside Boulevard with fewer obstructions than at the Silver area.

The VIP Access gives you direct access to San Miguel by the Bay right at the breakwater gutter to have a direct line-of-sight and unobstructed view to the fireworks launching barge. This is along with the great restaurants and food strips that SM by the Bay can offer. Dinner is also served for those who avail of the specific VIP Dinner access. 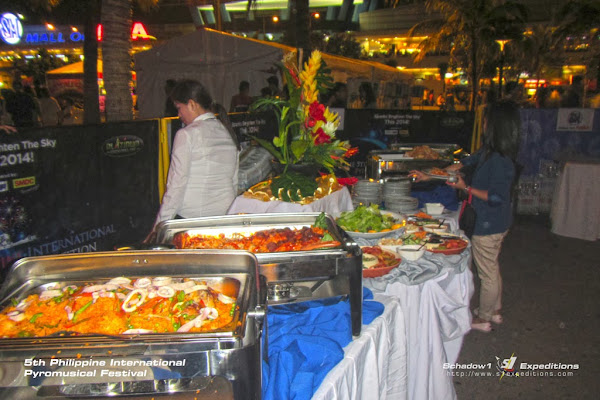 The Pyromusical Competition is not all pyrotechnics, explosions and music. With the various fun rides, mascots, and food stalls, there is much more to do with friends and family before the fireworks starts rocking.

For example, I got a weird sighting at this frame when a high-tech Bumble Bee braces a circus-inspired "long-legged" lady guard. 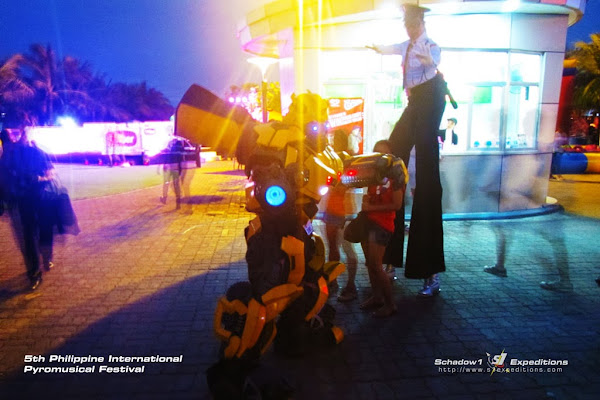 And here is a literally "bright" band beating their way which is a sure hit to kids. 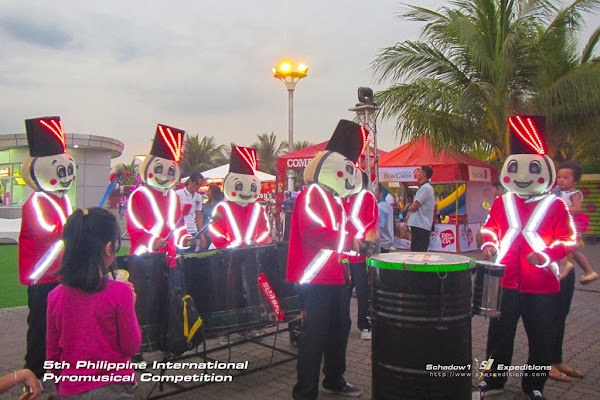 For more info about the 5th Philippine International Pyromusical Competition and to purchase tickets, head on to their website at PyroPhilippines.


Full Disclosure:  Schadow1 Expeditions' coverage of the 5th Philippine International Pyromusical Competition of Spain and United Kingdom is sponsored. Thank you for the limitless access and great buffet food!