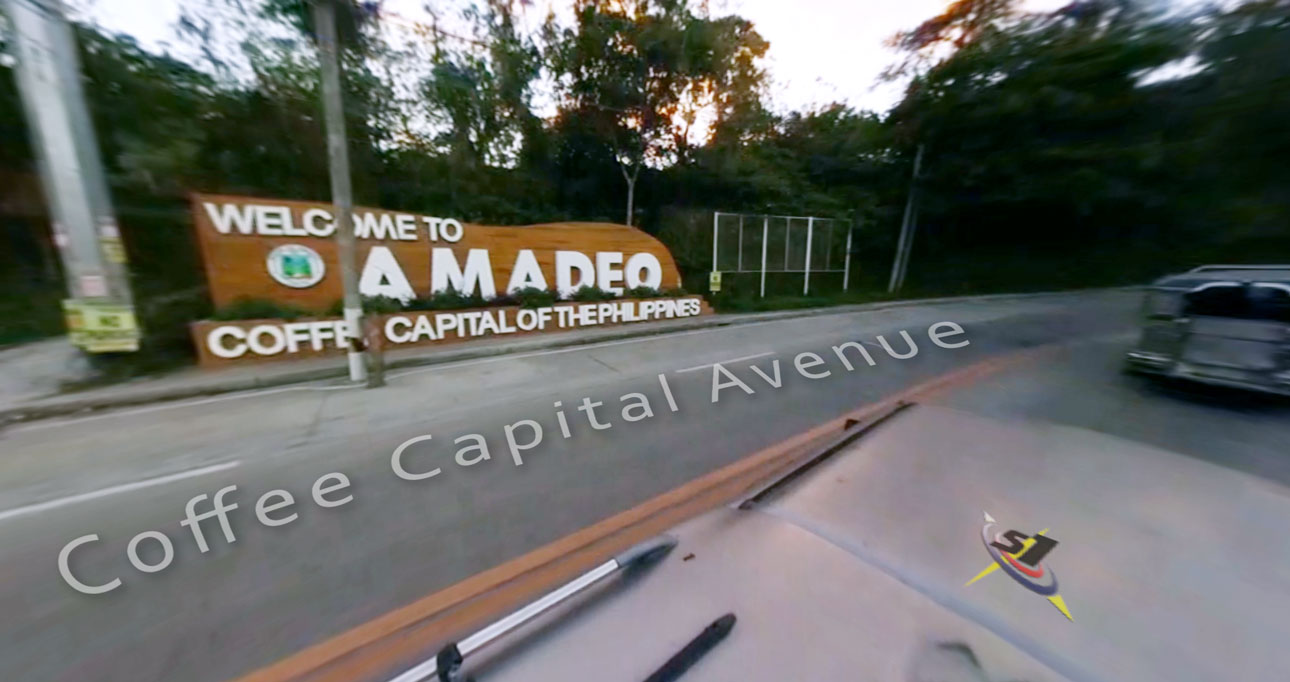 Amadeo, a municipality down south of the province of Cavite in the Philippines has been revered as the nation's coffee capital. Among many other municipalities in the country that produces a variety of coffee, still, the information may still be contested as many other parts of the Philippines are more popular for the production of coffee. Probably due to the fact that the municipality is one of the smallest in Cavite and that previously, the road to Amadeo is far less traveled, thus commercialization and its popularity is compromised. Now we see what Amadeo has become that makes this quaint town something to look forward to.
The Municipality of Amadeo is one of the southernmost municipality in the province of Cavite that lies next to the popular Tagaytay City. It sits along 330 to 570 meters above sea level and boasting with fertile soil, allowing its climate to be one of the locations in the country that is suitable for coffee production.
Although this town seems to be not that famous to many Filipinos to its claim as being the capital of coffee production in the country as when people are asked where the coffee capital is, many tend to answer that it is Batangas or Benguet or Sagada in the Mountain Province up north.

Then, why not Amadeo?

Amadeo is a small municipality that was previously just a small community (sitio) of the larger municipality of Silang. Then renamed to Amadeo in reverence of Amadeo I of Spain, who was still a prince in 1872. Amadeo was separated to Silang.
It has been producing Kapeng Tagalog (Tagalog Coffee) based in Arabica coffee variant over the 20th century until today yet only a few people pass by along Amadeo as the roads to it were not a major thoroughfare to the famous city of Tagaytay. This is amidst having over 2,200 hectares of its land used to cultivate coffee alone.

Now, Amadeo has been upgrading its coffee capital concept as more developments have been going on on its neighboring General Trias City and continuous road widening projects, as well as population-boom through real estate developments. Its major road, Crisanto M. Delos Reyes Avenue, is becoming busier now as one of the major thoroughfares to Tagaytay. Amadeo is now starting to be converted to urban from rural thus commercing of its coffee products.
The once lone Café Amadeo (coordinates 14.17396N, 120.92753E)  has started to meet many competitors making the once Crisanto M. Delos Reyes Avenue may probably now be nicknamed as a "Coffee Capital Avenue".

Since 2018, Schadow1 Expeditions have been mapping the municipality of Amadeo and was able to see many cafés and coffee-themed restaurants popping up along CM Delos Reyes Avenue. Some of them were long-time distributors of coffee and have also turned their frontage into cafés.

The portion of Crisanto M. Delos Reyes Avenue that is within the bounds of the Municipality of Amadeo is about a 12-kilometer "strip". Although indeed stretches out from the Manggahan Intersection of General Trias City all the way to the Tagaytay Ridge and tagged as N401 of the Philippine Highways.
Below are some of our favorite coffee shops and restaurants every time we go out and map Amadeo.

Coordinates 14.20632N, 120.93340E
CaKe's Coffee and Tea is a minimalistic modern coffee shop. Although small, only sitting on a 250 square meter property, space planned intelligently. The coffee shop has about 10-sitting capacity inside and more on outside sitting facing the highway. Car parking is available at the back with around 3-4 cars capacity. Although bikers and motorcyclists can park at the front as well.
As mentioned in their business name, they specialize in coffee beverages and cakes.
We personally love their carrot cake and Oreo cheesecake.
They have opened their cafe since October 2020 and have been opened daily since January 18, 2021. (previously only opened from Tuesday to Sunday). They serve coffee starting 8:00 AM and closes by 7:00 PM. Their restaurant is located 500 meters away from the Banay-Banay junction to Silang if coming from Manila.

Coordinates 14.19190N, 120.93267E
Ricardo's is a cafe and restaurant, serving primarily Italian, Spanish, and Tagalog (Cavite slash Batangas) Cuisine
They provide a large cozy indoor and outdoor nature dine-in seating and perfect for lunch dates and dinner dates as well as coffee in between.
We personally love their Margherita and Spanish Beef Salpicao
They are open daily from 11:00AM to 8:00PM. Parking is available in front. Their restaurant is located 560 meters away from the KM 57 mark at Barangay Banay-Banay just passed the new Cavite East-West Road intersection if coming from Manila.

Coordinates 14.16002N, 120.92622E
Kaffe Belardo is an old-timer since 2010 primarily selling and distributing coffee beans originally. Since 2018, they have renovated their store and offer indoor and outdoor cafe seating with parking areas in front and at the back with a capacity of around 6-15 vehicles. Bike racks are available in front.
They primarily serve coffee and pasta. Our personal favorite is the MokkaMint Frappe.
Coffee beans are also available and are sold in 500-gram packs. They sell Matutum Coffee which is Arabica-based and is known to have cacao and muscovado notes. Pure Robusta and Liberica are also sold.
They are open on weekdays from 8AM to 6PM  and on weekends until 8PM.  Their cafe is located at Barangay Loma and is about 3.8 kilometers before the Tagaytay-Amadeo Boundary or to Tagaytay Bypass Road, coming from Manila.
Posted by Ervin Malicdem at 1/20/2021 12:34:00 PM