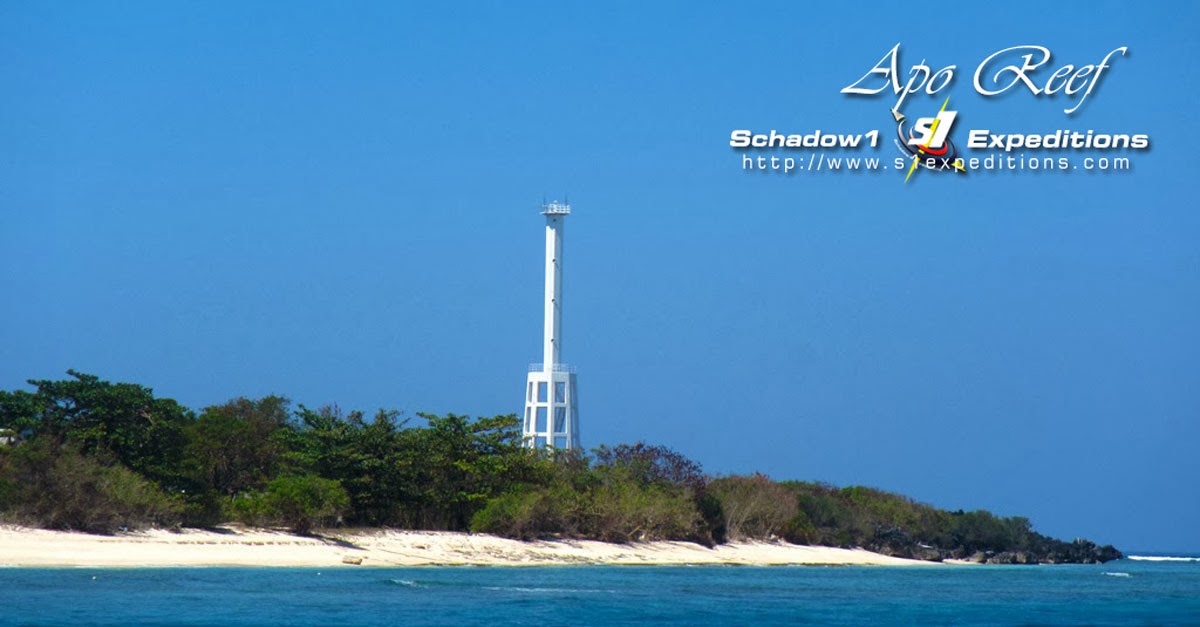 It was almost the second week of February. Coming from an unusually cold January in the Philippines, the temperature suddenly spiked up one warm weekend of February. For me it was a sign that summer has bitten the country. A sad time bidding goodbye to the cold cozy weather and time to start up the year's summer season. What would be the best way to greet the season? Greet it with powdery white beach, stunning turquoise waters, magnificent underwater view and an uninhabited island away from civilization. So where could that be? Why not try it at the country's largest coral reef and world's second largest? The Apo Reef!

The Apo Reef encompass about approximately 158 square kilometer protected area and has been granted by Philippine laws a natural reserve area. Fishing and permanent settlement is forbidden. An excess of 2 kilometers from its 158-sq.km boundary has been claimed as a buffer zone to which its primary purpose is to protect the environment and provide a non-rigid limited boundary to increase its area preservation. The Apo reef is the world's second largest contiguous reef having comprised of 2 atolls separated by a 30-meter deep sub-sea ravine. Along this ravine has 3 points declared as allowable anchorage for a maximum of  three small to mid-size ships to be anchored and bring the tourists along. There are three notable land formations protruding above sea-level from the reef. The smallest to largest is the Cayos del Bajo, Apo Menor island and the Apo Island. The other islands except for the Apo island are composed of karstic rock formations similar to the one on Coron except smaller with a few vegetation such as sand shrubs. The Apo Island, the largest island among the three inside the Apo Reef provides a virgin and pristine white sand beach and a sandy forest to which must of the plants are grass and small trees at the inner part of the island. The center of the island is a lagoon surrounded by mangroves with a small percentage of karstic rock formations at the west side facing the West Philippine Sea which doubles its purpose as a protection from storm surges to protect the beach side which primarily on its southwestern side.

At the northwestern part of the island is a 50-meter modern lighthouse  (coordinates 12.66141N E120.41458)made more rigid by a 32-meter octagonal truss structure which is climbable with 101 steps towards its balcony where the remaining 20 meters of the lighthouse trunk stands. The balcony offers a stunning 360-degree view of the whole coral reef. A best vantage point to wait for both the sunrise and the sunset, and to be at peace while watching the turquoise water touch the corals and the white beach with its calm waves. The lighthouse trunk offers another 153 steps to reach the bulb and solar panel area however it is locked to protect the vital parts from unyielding tourists for its primary purpose: to provide light and assist maritime navigation.


View from the Apo Island Lighthouse


The island is uninhabited however a team of about 8-10 rangers and marines are residing in a weekly interval to protect the reef from illegal fishers, poachers, and "conquerors". Although a water desalination system is available near the lagoon to provide potable water, it seems it is not working properly as they still request the tour operators who passes by to fetch them gallons of water from the Sablayan town proper.

The reef and its island with all the stunning characteristics are about 48 kilometers away or about over two hours boat-ride away from the Sablayan town proper of the Occidental Mindoro province; to which the reef gets its direct supervision. This adds to the the island's already astonishing paradise characteristic with more sublime and unconnected nature from civilization.

Aside from its paradise island, the reef (being blessed as the largest coral reef in the country) has about 19 recognized dive sites. The reef, being a part of the "Verde Triangle", a unique area in the world to where its undersea crust does not get hit by large earthquakes. And due to that scenario, it has not geo-morphically changed over the ancient times thus gives the area a spawning location for numerous marine species to thrive over the eons. As such more than one-third of the known marine species in the world thrive on this triangle, including the Apo Reef.

19 of the dive locations includes the Ego Wall, a 10-20 meter down drift at the north of Apo Island which serves as a abundant habitat for corals and other marine creatures. It also includes a single ship wreck south of the reef atoll at 16-meter depth. The Shark Airport and Manta dive sites west of the Apo Menor Island is an 18-25 meter dive where white tip sharks and manta rays are abundant.

Below are the photos I took while at the Ego Wall dive point which is about 20 meters below. 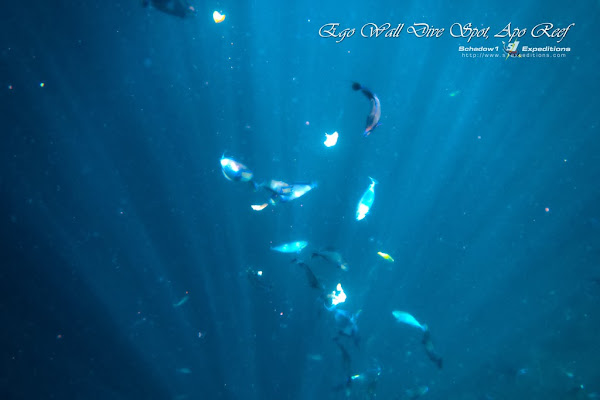 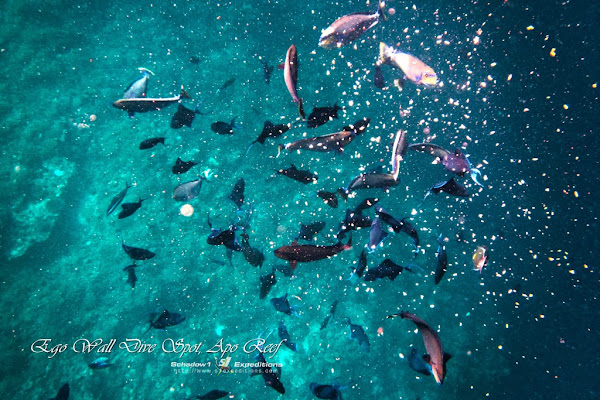 And the biggest "tilapia" I have seen in my entire life. The Giant Napoleon Wrasse which is as big as me! This was taken at Shark Airport Dive Point.


Mixing up all the elements: stunning views, sublime and unconnected island, magnificent waters and dive location; this makes this reef the best escape for beach goers. Almost perfect!

Schadow1 Expeditions was at Sablayan, Occidental Mindoro and the Apo Reef for 3 days and two nights mapping the town and the reef extensively. All dive sites, and locations mentioned in this article (and more) has been mapped and contributed to Openstreetmap Philippines to promote Philippine tourism and assist in disaster resiliency plans of local governments in the Philippines.

This blog also provides a semi-weekly update of the map compiled to GPS navigation systems to help travelers, drivers and marine navigators in Sablayan and the Apo Reef. It is downloadable for free on our #mapPHL page.


For a more detailed account of Schadow1 Expeditions on its Apo Reef and Sablayan mapping expedition, check on the links below: