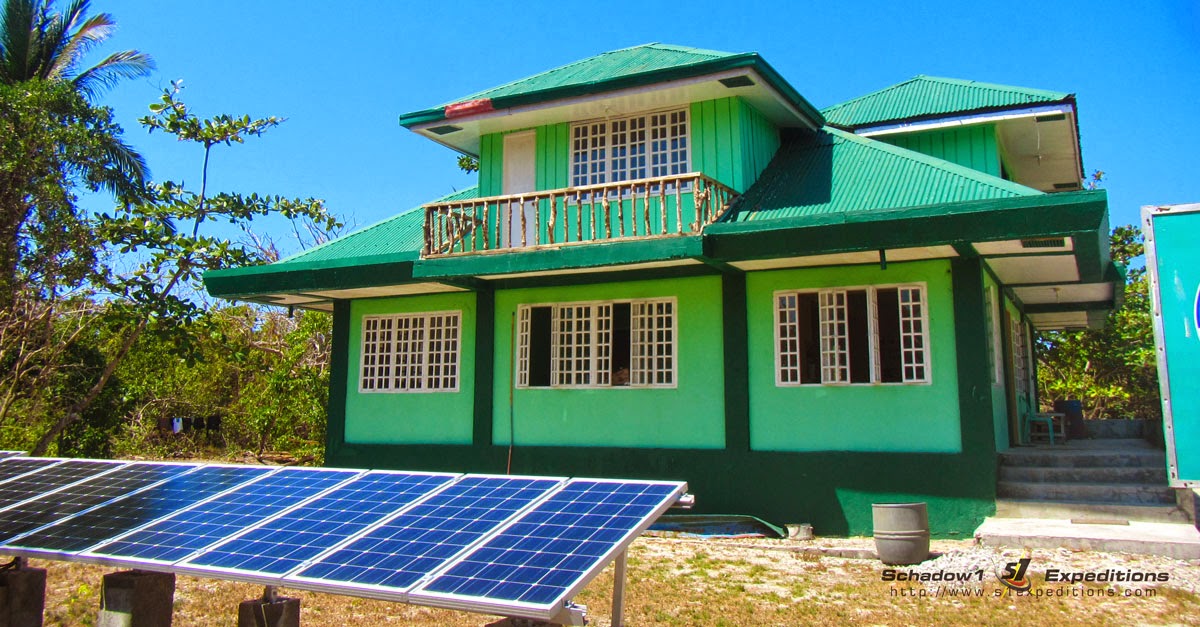 As a travel and mapping advocate, I have been going around the Philippines, mostly its remote islands and climbing its mountains, to document my expeditions and map the country for navigation and aid disaster resiliency planning. I have noticed that they all have something in common: communities that have inadequate or no power at all because power suppliers could not reach their location yet. This article is Schadow1 Expeditions introduction as we tap the benefits of renewable energy, specifically solar energy to empower communities in the Philippines.

The Philippines is located from 4 degrees to 21 degrees north latitude. The area around this latitude is exposed to the sun considerably longer in a day than any other location in the world; which makes the country as a viable location for solar energy to be tapped. This sun exposure is called insolation where the country gets solar exposure from about 4.5 to 7.3 hours a day and averages to about 4.95 hours in a day all throughout the year. The month when the country is at its maximum exposure to the sun is during May while the least is on August.

The country is plagued with one of the most expensive electricity generation in the world yet a large number of islands still do not have power. Add to it that the Philippines is frequently being visited by storms and a record-breaking typhoon has just hit the country last 2013 leaving the communities at its path without electricity for months as the power lines are mostly exposed and not underground. Amidst this reality, solar power is free, renewable, and most importantly, does not contribute to global warming as it does not contribute to carbon emissions.

Last 2008, the government has passed Republic Act 9513 which promotes renewable energy in the country. But how come renewable energy is not being tapped and why projects of the government are not prioritizing its implementation to communities that are under powered? One possibility would be oligarchy in the power sector to which the country is still primarily dependent on coal and fuel.

It is only December of 2013, after 5 years when that R.A. was passed that one of its tenets was pushed via the Net Metering scheme. The net metering scheme is implemented to households where if one produces its own electricity via renewable sources and is added to the grid (power line), the household will be compensated from the electricity produced (or sold) thus making the electric bill smaller. Unfortunately, the electricity you produce can only be sold at a lesser price in comparison from the electricity you buy from the electric utility company. Aside from that, you are required to pay Php 19,000 as a registration fee to avail of the net metering scheme. This can still be considered a setback for those who want to head on and power ones house with renewable sources; especially on less privileged communities where renewable energy implementation must be focused and prioritized. No matter how oligarchs try to buffer the benefits of solar energy for their own interest, this move to empower homes is already a start.


I have been an avid fan of solar power since I was young. And as I acquired my own house last 2010, it was already my plan to power my home through solar energy. Through sharp increases of power costs in the country, countless storms, and an effort to contribute to the protection of the environment, it was only two months ago that I had been serious in implementing solar power at home and has been successful in cutting down my power cost to about 80% using off-the-grid implementation of solar power. That is almost free power while mapping the Philippines from home using a 195-watt workstation. 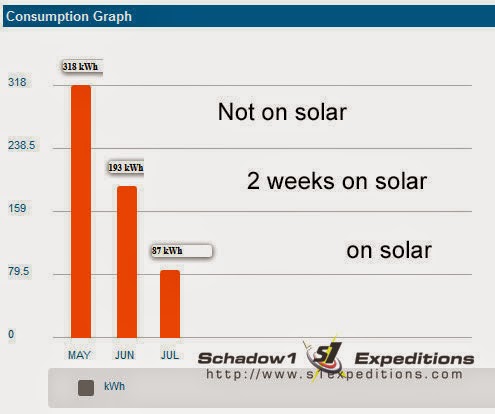 My solar power project is still continuously being improved at the time of writing this article, however its usefulness has already been proven when Typhoon Glenda (international name, Rammasun) has hit my home directly last July 2014 when I had power in spite of a wide blackout for 5 days. Imagine if solar energy is tapped to far communities in the country to which the benefit for the improvement of their lives are exponential to nation building.

Solar power systems run emission-free, noise-free, low maintenance, and long-life as long as the sun shines. Unlike fuel-powered generator sets which only lasts for only about 5 years, noisy, uses fuel that pollutes the environment, and fuel prices that increases about Php 5-20 per liter per year.

There is no doubt, solar power is inevitably the solution for the Philippines and to save the environment while taking steps for urbanization.