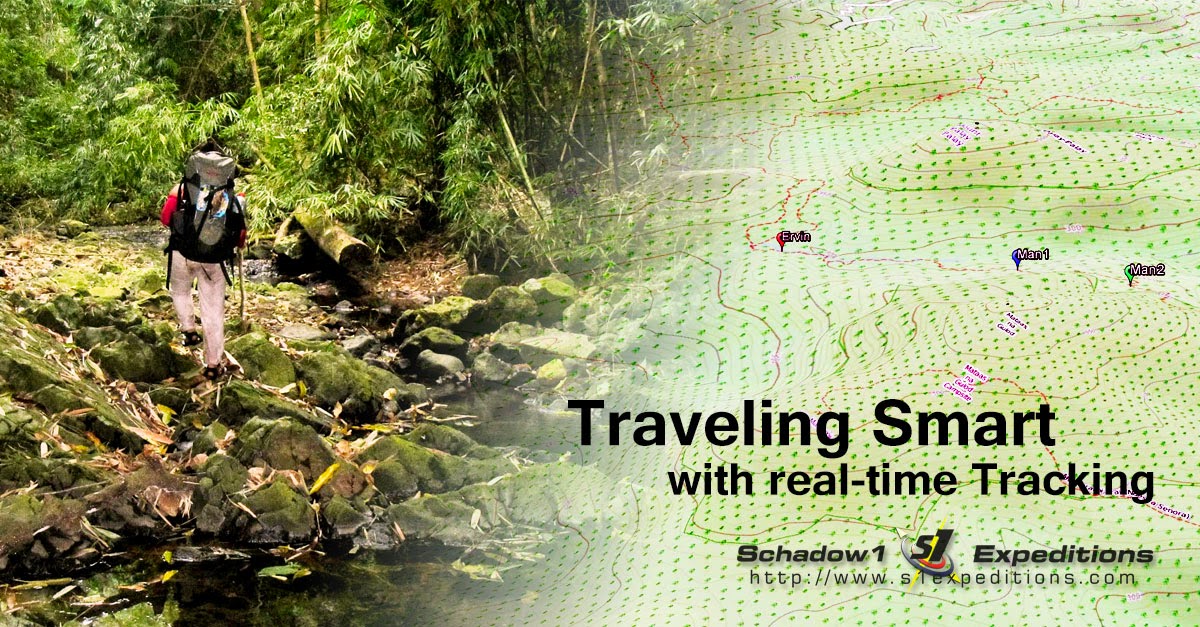 We have heard about horror stories of people missing on the mountains. Having lost for five days or more in the wilderness, where the family has been anxious about one's situation and location. We've heard people who were lost forever; where people close to that person have been deprived of closure. Asking what may have happened, where might he be. Yet, there is only one solution to this problem that every traveler or adventurer must adhere to before one take that first step to go out from the confines of our comfort zone... let at least one person know where you are headed. Yet, is following this "golden rule" of travel already sufficient?

In this guide, Schadow1 Expeditions will harness the power of maps. We will harness the available technology and the power of crowd sourced, open source, and free data to put this into our own advantage. I have always wondered of such technology way back my teens,yet it was just an idea. Now, it is a reality. And all we need to do is grab it. Believe it or not, as simple as having these few gadgets, it is already enough to give solution to this age old travelers' problem... getting lost and hoping that someone from the outside world knows where you are.

We've heard about Joey and Arwin; people who were lost in Maculot, Malepunyo Range, Mariveles Range, Palay-Palay and Mataas na Gulod Mountain Range, Halcon, even the ill-fated flight MH370 and elsewhere. Some were found, some were lost forever. And those who were found have one story to tell, one regret to utter: "I should have told someone where I am now so they can simply pick me up."

The solution? Maps and your current coordinates.

Way back since 2011, I've been using Google Latitude to publish my exact location during an expedition but was gone since 2013 as it was discontinued. Now, I'm using the mapping data from OpenStreetMap, which is so far, has the most detailed mapping data for the Philippines. Thanks to the tireless mapping advocates who continue to make sure we get the street-level accurate data for the Philippines. And the other is an Android application called Osmo, an open-sourced, crowd-sourced and free application that is available since October 2014.

Using Osmo, it publishes your exact location in a defined frequency of updates as long as you have internet signal. You can have anyone who has a link to a website locate you in real-time, even share locations with anyone with you on your travels as long as you assign them to see one another pinpointed on a map; while another person at home see all of your pinpointed locations in an internet browser.

Sounds cool? How can it be done?


What do you need?
Step by Step Guide 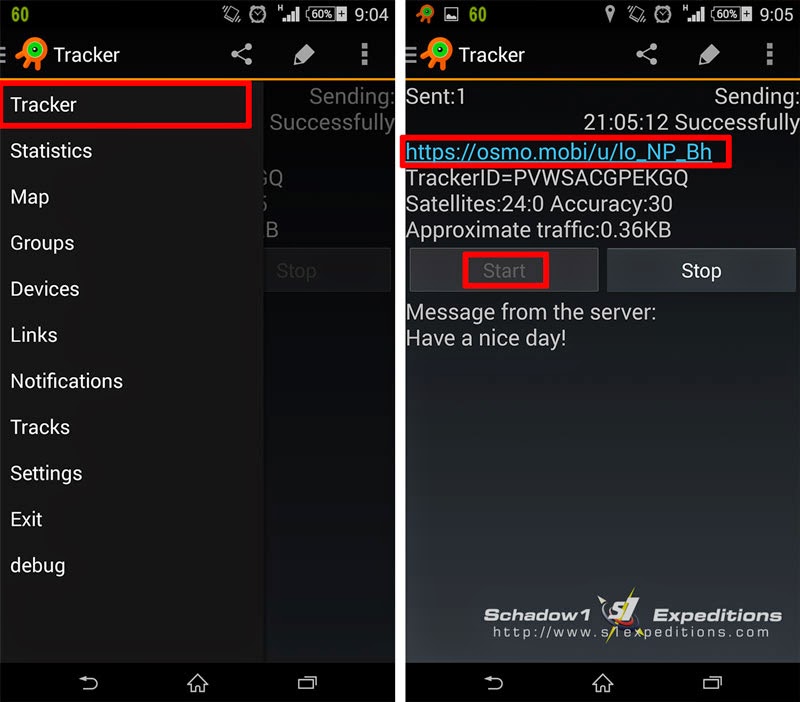 A URL will show up and that is the link where anyone who has internet access can monitor your location all throughout the adventure.


For Group Tracking
Authorization is mandatory. Create an account then authorize under tracker mode.
Start the tracker. Then go to Groups, create one if you will initiate the group.

Go to options, share the ID to your group members. 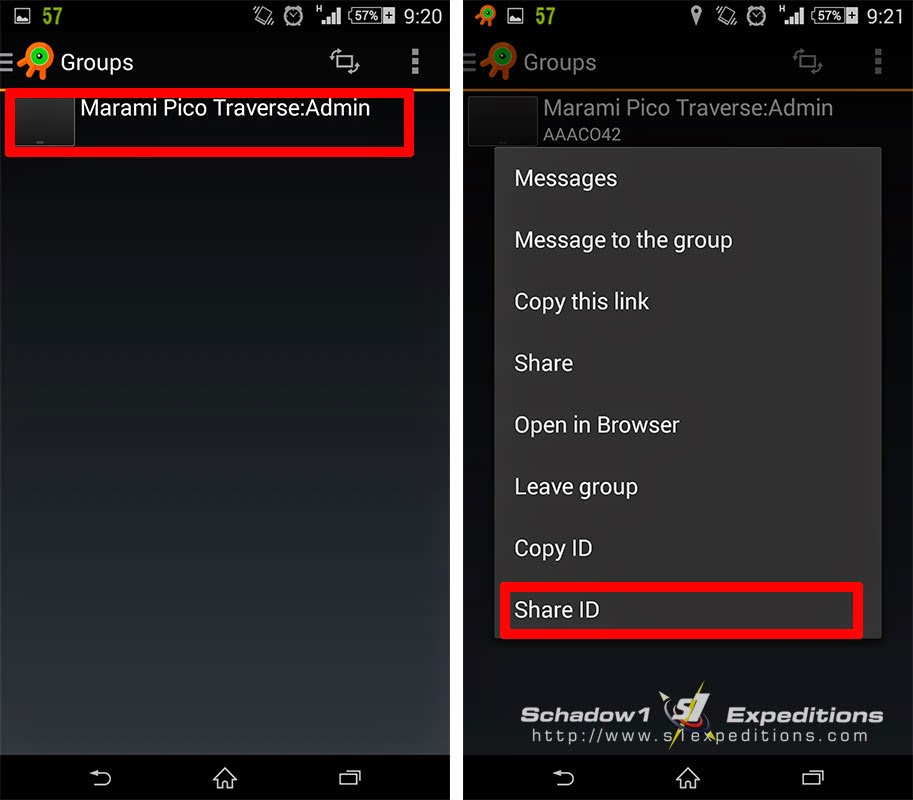 Group members join the group using the ID that was shared and input their desired name. 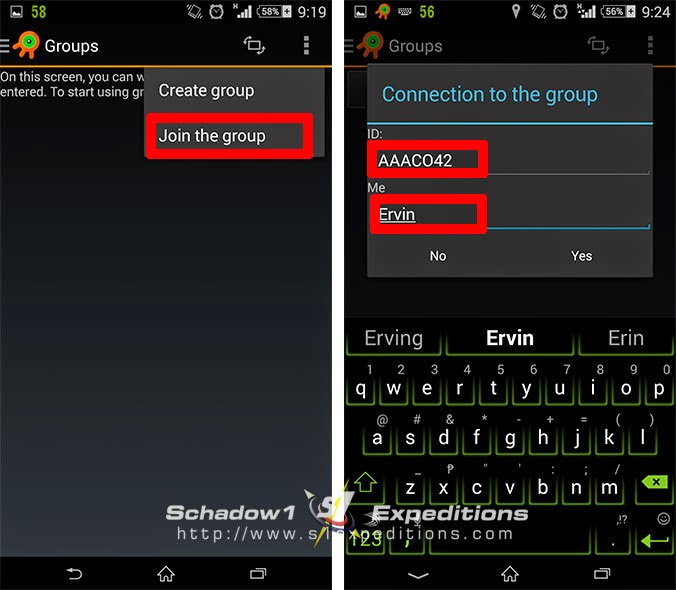 You will see each others real-time pinpointed location on the map.

Have someone who is not part of the travel know the shared URL via "Share Browser".
That person can monitor your group's location in real-time. 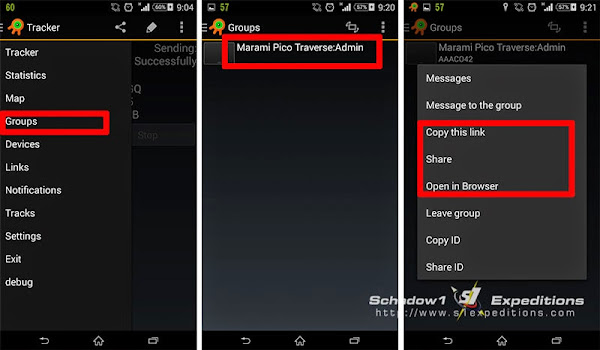 Using this application, together with map where we contribute our mapping data (Openstreetmap Philippines), your whereabouts can always be known by people you care about.