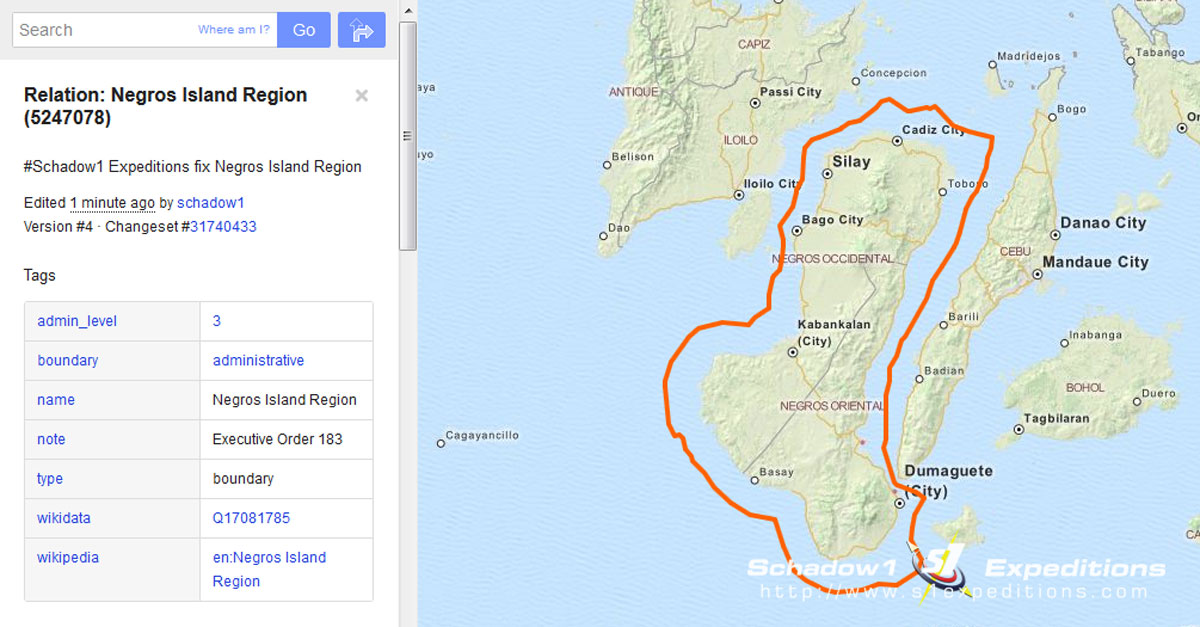 Due to Executive Order number 183 as signed by President Benigno Aquino III of the Philippines on May 29, 2015, the newest region in the Philippines has been declared. Combining the whole Negros Island which comprises of provinces Negros Oriental and Negros Occidental into one region called the Negros Island Region.

The current city centers of Negros Occidental and Negros Oriental as Bacolod City and Dumaguete City respectively will share as the joint regional center in a limited time as the region starts its transitions.

Negros Occidental is known to have the highest mountain in the Visayas, the Mount Kanlaon, while Negros Oriental is home to one of the best beaches and dive sites.

The Philippines remains with 81 provinces with an additional region, carving away the need of new and updated regional map of the Philippines.

We have updated Openstreetmap Philippines data for this change and the GPS Routable map of the Philippines compiled by Schadow1 Expeditions reflected this change starting June 6. 2015 update of our map and can be downloaded at our #mapPHL page.