It was late evening of 26th and I was hungry. Almost all establishments where I live is already closed by this time except for some fast food which I was not in the mood to dine at that evening. It was an unexpected road trip until we reached Tagaytay by midnight and thought of having a sip of coffee at Summit Ridge Tagaytay. It was too late though so my wife and I decided to park over at a convenience store in One Tagaytay Place and sleep over inside our vehicle. Suddenly, an idea popped in. Why not trek Taal Volcano as we were already near and besides it has been a childhood dream to go down there. So I took out my laptop and planned over for the trek to this smallest volcano in the world.

At sunrise around 5:46AM, we woke up and started heading down from Tagaytay via Ligaya Drive. In about 30 minutes, we are already down at Talisay, Batangas.

With limited pocket money, we hurled on and stopped by at Taal Yacht club to negotiate for a boat ride to Taal Volcano Island. The initial quote was P1900 and I lack that amount so we decided to call it off.

When we are about to leave, this lady went back to us and told us she knew someone who can give us a cheaper ride and it happened to be her son who just lives nearby. She offered us a boat ride for only P1500. This would suffice.

At exactly 7:15AM, we commenced and crossed Taal Lake. In just 20 minutes, we are already at the north dock of the island. 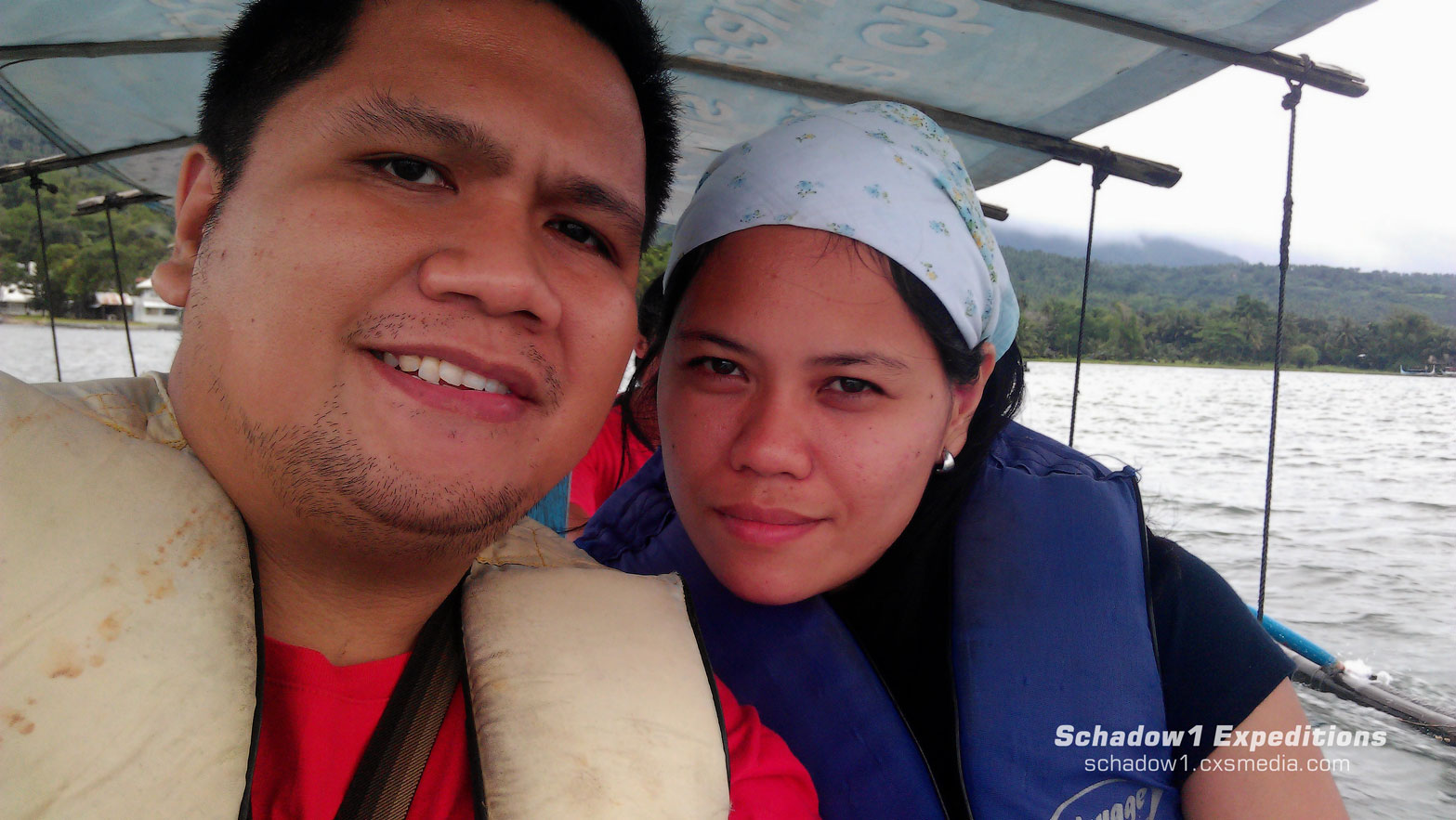 Along the boat ride, you can see the Taal volcano Island and the mistaken Taal Volcano (which is Mt. Balantoc, a steam vent of the major volcano island) in a different perspective than the usual captivating Tagaytay view. Locals offered us a horse ride to the crater lake but we prefer trekking it. A P50/person fee is collected at the DENR outpost before the trail. We paid and used the Daang Kastila trail which is only a 2.64km trek. starting at sea level to 264MASL. 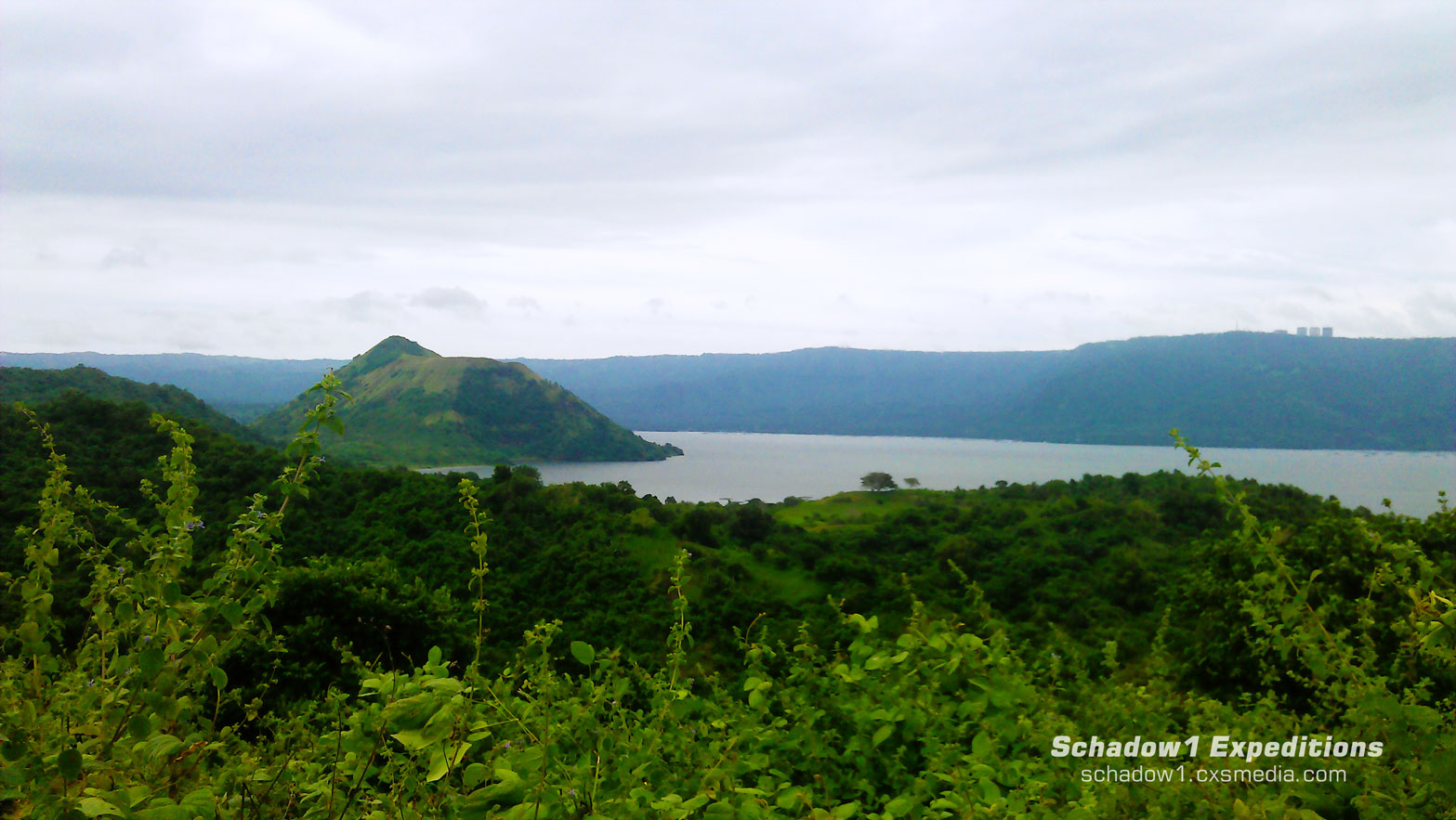 The path is mostly dirt and rocks with grasslands on the side. Steaming vents and sulphur ejections on some rocks can be seen as you move closer to the crater lake. Be careful with horse dropping though as it proliferates along the track.

Within the middle of the trek, you can see a PHIVOLCS (Philippine Institute of Volcanology and Seismology) outpost that remotely monitors the volcano. It is a solar-powered monitoring station that sends out data to the Taal Observatory which is about 6.7 kilometers away pointing at 358 degrees bearing.


In 30 minutes at exactly 8:32AM, we are already at the ridge of the crater Island and grandeured the view.


While we were at the crater ridge, there was a lot of volcanic activity like steam vents and a hair-raising small gas explosion from the eastern ridge of the crater. As we got home we just found out that PHIVOLCS has raised the alert level to 1 in the island that day.


Taal Volcano is the 3rd mountain I have climbed.

The data gathered in this Taal Volcano Island trek has been contributed to the OpenStreetMap Philippines project for free use of mountaineers who plan to climb this mountain with GPS assistance.