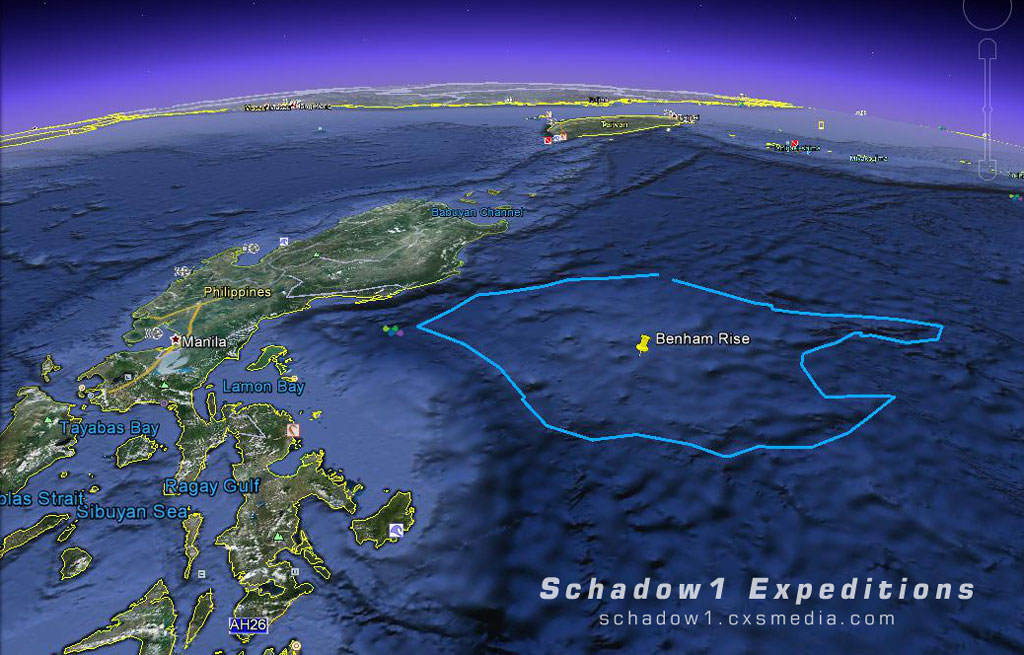 A new 13 million hectare area has been declared and approved by the United Nations to be part of the Philippine Territory. Currently, it is an undersea feature with depth of 40-2,000 meters and is rising. Estimated to be an island in a million years. Currently, it is known as a rich source of basalt.

The Benham Rise or more appropriately known as the Benham Plateau is a large undersea landmass, as big as the Philippines' largest island, Luzon. It is seismically active and is rising fast and may become an island in about a million years - a very short time for geological process.

The Benham Rise area claim was submitted to the United Nations by the Philippines last April 2009 and was eventually approved as part of the Philippine territory by April 2012. Therefore increasing Philippines' territory from 30 million to 43 million hectares.

This feature has been mapped by Schadow1 Expeditions using satellite imagery and GNS data; and has  been contributed to +OpenStreetMap Philippines for use of Filipinos and other nations.