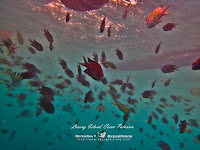 Lusong Island is one of the island member of the Calamian Group. Located at the northern tip of Palawan and is famously known as Coron to many. The island is south of Busuanga, the major island of the Calamian where its beauty is seen underwater. The island possesses the Coral Gardens, an area southwest of the island to where corals thrives. And at its southeast is the Lusong Gunboat, a 10-meter shipwreck during World War II and is now transformed to a plethora of corals and fish species to which divers can enjoy.

Lusong Island can be accessed via the Calumbuyan Island itinerary of Coron. The island is midway to Calumbuyan coming from Busuanga's Coron town. It is about less than an hour away from Coron. The island possesses waters that is a habitat to diverse underwater species including corals, and various fishes. Clams are also prevalent at the mid-southern shore of Lusong to which it is also called a "Pearl Farm" by the locals. 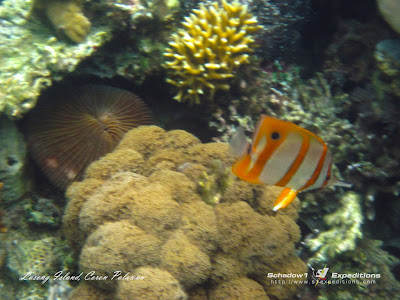 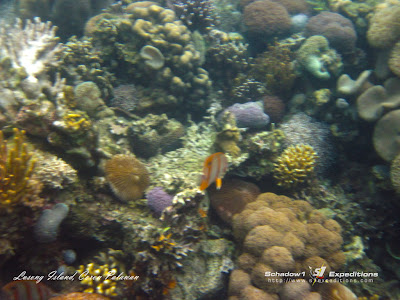 The southeastern part of the island is known for a shallow Japanese shipwreck during the World War II and is only about 10 meters below sea level. The ship is now a sanctuary of various species of fish and corals to which every diver would enjoy. 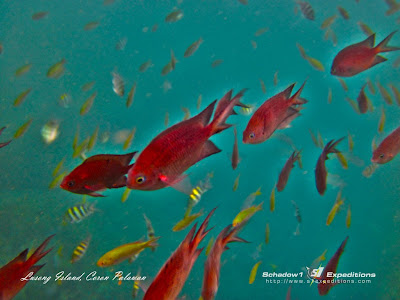 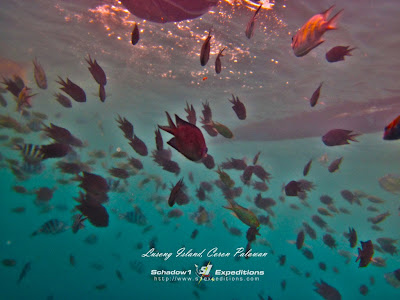 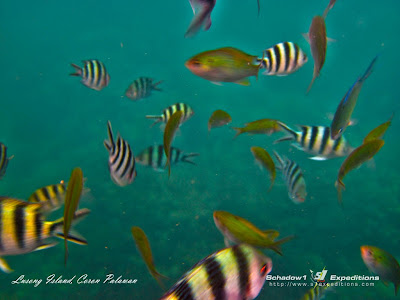 If you want to take a photograph of the fishes around, all you need to do is to feed them with bread and they won't be shy to rampage you while hit on your camera with successive shutter releases. ;)

The Coral Gardens and the Lusong Gunboat dive/snorkel is part of the Calumbuyan tour which cost us P3,000 for a 6-seater boat. Lusong Island is midway and Calumbuyan is one of the westernmost islands of Calamian. 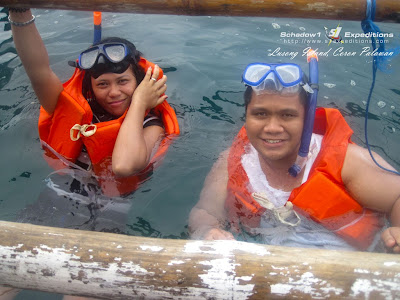 Lusong Island has been mapped as part of Schadow1 Expeditions' mapping advocacy and has been contributed to +OpenStreetMap Philippines so that a Filipino would not be a stranger to his own motherland.