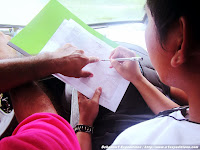 According to the United Nation's World Risk Index of 2011, the Philippines is ranked third of 173 nations that is most vulnerable to disasters. Yearly, the country is visited by super typhoons and monsoon carrying torrential rains; as such, flooding has been a rampant issue to which it frequently results to damage to agriculture, property and human lives. The force of nature is inevitable yet preparedness is crucial before a calamity occurs while immediate response is needed as the calamity passes. Precise actions for preparedness and rescue is the real deal when a calamity strikes; and such precision can only be attained through availability of tools that helps the local government decide to reduce the risk every time a geomorphologic event happens in a locality. And these tools are highly dependent on maps with accurate and recently updated data. Schadow1 Expeditions has heed the call and joined the project headed by Environmental Science for Social Change in collaboration with Openstreetmap Philippines in training the local government units of Lubao, Pampanga on mapping their locality.

As Lubao is on a low-lying area which is part of the Tarlac-Nueva Ecija-Pampanga-Bulacan valley. Waters flowing from the highlands of Benguet, Zambales and Rizal are passing through this town as it flows out to the northern Manila Bay. The government has already considered this town as one of the hazard areas of Pampanga. This is the reason why the Department of Science and Technology has installed a real-time remote monitoring of rain water right at the Diosdado Macapagal Park in front of the Lubao Municipal Hall. The data from the remote sensor is fed in realtime on Project NOAH's website under Weather Stations > Rain Gauges. 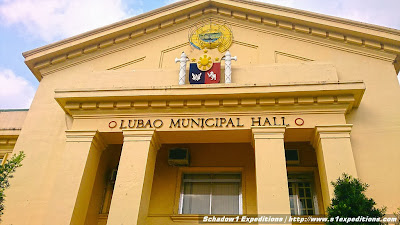 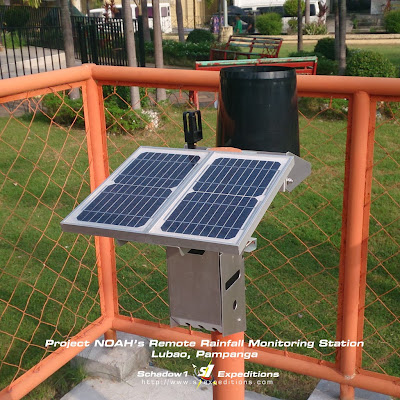 Environmental Science for Social Change is a Jesuit research organization in the Philippines that promotes social justice and environmental sustainability using two important tools in the society: scientific methods and community involvement through social processes. With their Disaster Risk Reduction project, ESSC has sought the help of +OpenStreetMap Philippines volunteers in training the disaster-susceptible local government units in the Philippines to help improve the map of the locality to gain accurate data so as to be used with applications and tools that will help the government agencies in making decisions before or after a calamity strikes. Their plan for the year is to jump start the project at three towns in the province of Pampanga that lies on a flood hazard zone. They started the project on mid-October of 2013 at Candaba, recently at Lubao, and the last leg for the year will be at Guagua.


The training was participated by 30 local government associates of Lubao, Pampanga to which the program started by asking them to pinpoint the location in their town that are devastated by calamities in the past using satellite imagery. This is to give them the awareness on how important a map is to graphically explain and depict the disasters in their area. 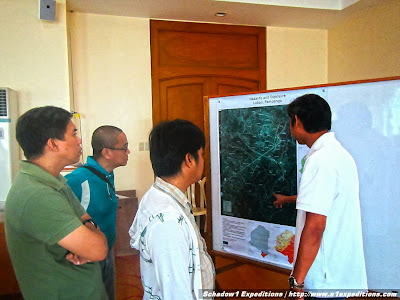 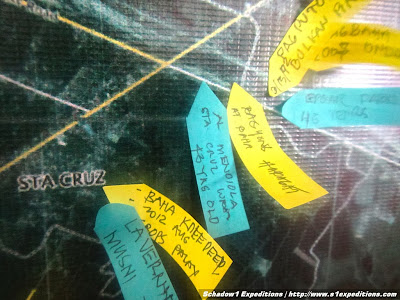 As soon as they have identified the hazard areas, they were trained on how to map using "armchair" methodology - a mapping method to which satellite imagery is traced, mapped, and uploaded on Openstreetmap.


As they already had a gist of what mapping in OSM is done, the trainees are introduced to field mapping, a more precise mapping such as how Schadow1 Expeditions does it in our mapping expeditions in the country. This is where a mapping advocate goes out and gathers actual data in the field to be mapped on a computer later. They were presented with two field mapping approach: (1) using GPS devices and (2) using field papers.


After the training and a hands-on for the various methods of mapping, the trainees were separated in 5 groups and were sent out to various assignments in different barangays in Lubao which includes Santiago, San Miguel, Santa Cruz, San Jose Gumi, and San Nicolas 1.

I personally assisted a team of 6 and we were assigned at the agricultural barangay of San Miguel. We were lucky enough that rains have not pounded us but the scorching heat seems to have taken a toll on the team. But nonetheless, it was an accomplished mission to map San Miguel and a sumptuous lunch prepared by Barangay Captain Angelito Bansil. 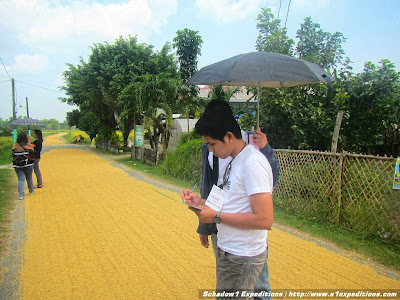 The end result of the field map-up? A nearly complete map of Barangay San Miguel. Congratulations to the efforts of these cool people!

On the last day of training, the importance of the map they have created for Lubao has been justified by Inasafe, a free and open source plugin to be used with QGIS. Inasafe uses Openstreetmap and other data from the scientific community, volunteers, and government. Inasafe helps the local government unit by producing natural hazard impact scenarios to which the resulting data can be used for better planning, preparedness, decision-making and response during a calamity.


The Environmental Science for Social Change and Openstreetmap Philippines project in assisting local governments in the Philippines for disaster risk reduction is funded by World Bank, Global Facility for Disaster Reduction and Recovery, and Australian Aid.