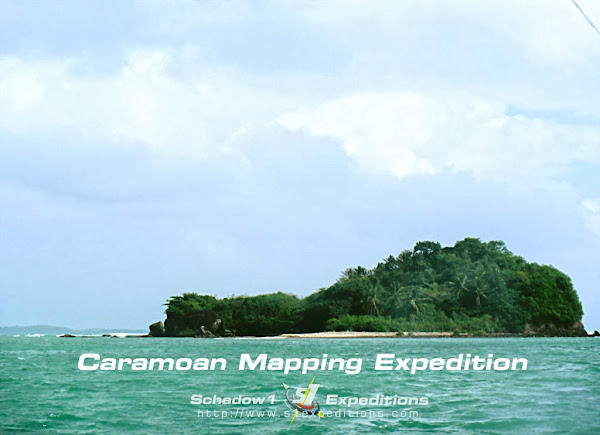 
The Caramoan has gained its popularity when the Survivor, a reality television program has used its islands for their survival series on 2012 and has been a favorite filming location of some foreign movies even before that year. Schadow1 Expeditions has been there to discover for ourselves its beauty and realize why foreigners are eager to travel to this peninsula. Aside from it, our mission is to thoroughly map its islands, analyze the locals and the main valley where most of its people are located. And here is what we have seen.


The mapping expedition came up from an abrupt discussion with friends while we are hiking Mt. Pico De Loro of Maragondon, Cavite exactly while we are at the Alibangbang Park last December 15, 2013. Having extensively mapped Palaui Island of the Cagayan Valley prior to it being used by the same reality TV show last March 2013, why not get to the Caramoan as well? Then this expedition came to reality. It was a short-planned trip to which the inputs of Philippine travel blogger friends such as Philippine Travelogue, Pinoy Adventurista, and Sole of Missy has extremely helped a lot on our initial guide to get to the peninsula and map it.

The Caramoan Peninsula and its islands are located northeast of Naga City, the capital city of the province of Camarines Sur. It is considered a virgin peninsula due to its location; as the main town of Caramoan itself is located at a valley in between the vast mountain ranges of the peninsula. Previously only accessible via an over 2-hour boat ride. The location is not easily accessible.

Now, the peninsula can also be reached by land via a 3-4 hour transport from Goa, Camarines Sur however this not yet advisable as most of the roads are still unpaved, being excavated and passing through mountain ridges near the shoreline of the peninsula. The main means of getting to this island is still via a boat ride from Sabang Port of San Jose, Camarines Sur or through Nato Port via a "Roro" (Roll-on/Roll-off) ships on Sagnay, Camarines Sur. Caramoan can also be reached from the island of Catanduanes via Codon port if you happen to be on this island which is very near from Caramoan's eastern resort of Tugawe.

Coming from Manila, it is a 10-hour bus ride to Naga City and from there, we rode a van heading to Sabang Port, the main port for transporting people to Caramoan. We arrived Sabang on a gloomy weather and it was a high tide. To cope up with the amount of passengers both sides of the Sabang port are used as docks for boats. the north side of the Sabang port is the safest as it is protected by large waves from the Tiwi Gulf however it can only accommodate a few boats. The south dock is the larger one however it is facing directly from the gulf and is dangerous during high tide. People are bridged to the docked boats using a make-shift floater using plastic drums to the docked boats.


It was over 2 hours when we reached Guijalo Port of Caramoan and we were fetched by the resort driver where I have arranged our accommodation. We stayed at Rex Tourist Inn Centro, the larger resort branch of the said hotel that is beside the Bikal River and mangrove complex. Barangay Bikal is one of the northernmost barangay of the mainland Caramoan Peninsula which is also the common jump-off for the island hopping itinerary and is about 30-minute ride from the main port of Guijalo.

The central barangay or the Poblacion is Ili-Centro which is located exactly at the midpoint of the main road (Real Street) on Caramoan. It is around 15 minutes away from the Guijalo port and also the same from the northern dock of Bikal. Most establishments, restaurants, stores, including the town hall and hospital are located at the central barangay of Ili-Centro and Tawog. There is also a bank with ATM located at Barangay Tawog.


Barangay Ilawod is located right at the edge of the Caramoan National Park, a protected area proclaimed by the Philippine Republic Act 291 of 1938. Located here are the posh resorts of Gota Beach and Hunongan Cove.

Barangay Tagbon is at the northwestern shore of Caramoan to where you an reach a grotto through a challenging 524-steps stairs and get a view of the whole Caramoan peninsula.

Barangay Bikal is located at its northern coast and is commonly used as the jump-off dock towards the island hopping itinerary of Caramoan. Barangay Bikal also has a large mangrove area by the Bikal river and is used by the few resorts by its river bank as jump-off points for the island tours as well. But this is only possible during high tide.

The Caramoan peninsula includes 10 major islands. Most of them have residential areas near the coast in exception for the islands of Matukad, Bagieng (Sabitang Laya), and Cotivas which are all exclusive island hopping tourist destinations.

The Matukad island houses beautiful beaches and lagoons and is just right in front of Gota Beach Resort of Barangay Ilawod however we failed to get there as according to our boatman, the area has bus-height waves for the past 3 days and is unreachable by the boats.

Bagieng Island houses the Sabitang Laya beach. Their names are interchangeable having the latter name as more famous due to its pristine golden fine shallow beach and turquioise waters. The site has been closed to tourists for several months as it is being used by the famous reality TV show. The island also has a wide camping ground. Sabitang Laya is a Bicolano phrase which translates to "net hanging area" because the location is used as a net hanging ground by local fishermen. Now it is purely a tourist location.


The Cotivas Island is a small island used primarily as a lunch area due to the several huts put up as dining areas for the tourists which costs P100 to use per hut. It is also used by beach bummers to stay and to tan as the island only has few trees and the beach is widest among other fine beaches on other islands of the Caramoan. It is located between the largest islands of the group called Lahuy and Guinahuan.

The Guinahuan Island is one of the larger islands of the Caramoan peninsula where its southern shore is primarily a residential area to which the primary source of income is fishing. The island has rolling hills, grasslands and a secluded white beach is located at its northeastern side facing Lamon Bay. At the top of its highest point is a modern lighthouse to which the area also provides lush scenery of the surrounding islands and beaches. We we have been there to trek to the top and buy fresh fish for our lunch.


At Caramoan's largest island of Lahuy is a wide sandbar by its eastern coast. The sandbar is about a kilometer wide at low tide but gets submerged completely on high tide and gets as deep as chest high. It has huts for beach bumming but floats up when the sandbar is filled with sea water. We were there during high tide and still enjoyed it by diving from the floating huts to the water. The sandbar is called the Manlawi Sandbar.


The Caramoan is primarily an island escape and due to its accessibility, having your vacation here gives a feel that you are away from the urban jungle. A sure place to get in touch and be in unity with nature.


Thanks to our boatman, Jonald Cordez for showing us around the islands with a special "trip" he provided on the purpose of helping us in our mapping expedition of the Caramoan. You may contact him at +63 (929) 1112131 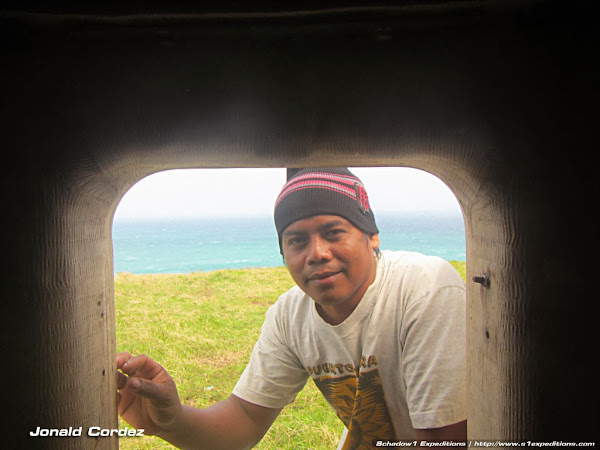 The town of Caramoan in Camarines Sur and its islands has been mapped by Schadow1 Expeditions and has been contributed to the +OpenStreetMap Philippines  project and RoadGuide Philippines so that a Filipino will not be a stranger to his own motherland.


For a more detailed account of Schadow1 Expeditions on its Caramoan Mapping Expedition, check on the links below: