Discovering the Cordilleras - a mapping expedition 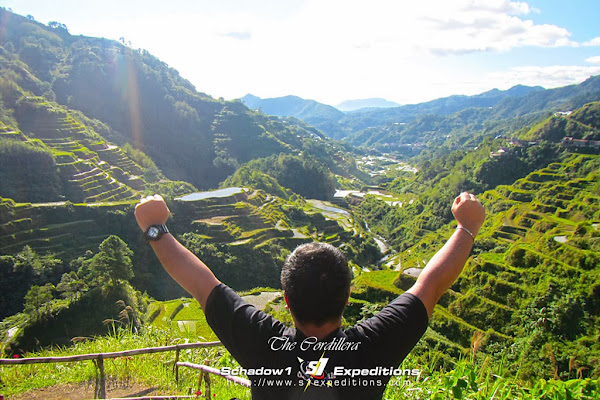 You really haven't been a Filipino backpacker if you haven't trekked the Cordilleras. You could not call yourself a Filipino mountaineer if you haven't even set foot at the widest mountain range in the Philippines which is the Cordilleras. We have been to a mapping expedition to the Cordillera region starting off from Banaue, Ifugao, all the way to the top at Bontoc Mountain Province and the backpacking center of the Philippines - the Sagada. Back down to the winding roads and death-defying and picturesque view when road tripping along the Halsema highway and down to Benguet and Baguio City. This is an account of our 6-day expedition on the road to the highest winding roads of Luzon to experience the culture, the food and the people of the Cordillera Region.

It was a special expedition for me as it has been a long personal desire to be able to set foot at Banaue Rice Terraces, a famous heritage site of the Philippines constructed by hand by our Igorot ancestors. It has been tagged as one of the 7 wonders of the world by UNESCO during my Elementary school days and so it has been a childhood dream to set foot on it.

The mapping expedition started at Banaue, a town in the province of Ifugao; the site of the rice terraces carved by hand at the mountains of the said town that occupies about 10,400 square kilometers starting at 1500 meters above sea level down to the slopes of its valley where a river flows.

Banaue can be reached from Manila via Ohayami Transit buses to which the terminal is located at Sampaloc, Manila at the corner of Lacson and Jacobo Fajardo road. The buses ply to Banaue daily at 10:00PM only. It is about an 8-hour bus ride before you can reach the Municipal hall of Banaue to where you can register as a tourist for P20/pax of environmental fee.

Tricycles are available to transport you to different locations at Banaue but you can also trek nearby viewpoints as well.

There are various locations and rice terraces in Banaue that you can trek including the Batad Rice Terraces and a mountain - Mount Amuyao which traverses from Barlig (a town in Mountain Province) to Batad, Ifugao.

The Igorots - the native people of Banaue - are fond of arts and crafts aside from rice farming from its large rice terraces and sculpture shops are everywhere.


We have been there for a few hours to map the central town and the various viewpoints of the Banaue Rice Terraces.

Bontoc is the capital town of Mountain Province and is the end-point of the two highways - the Halsema Highway and the Nueva Vizcaya - Ifugao - Mt. Province Road which forms an inverted "V" shape highway traverses various peaks and ridges of the Cordillera Mountains.

Bontoc is highly urbanized and is the central commercial town of the Cordillera Administrative Region.

Bontoc can be reached via a bus or jeep ride from the municipal hall of Banaue which usually "top-loads" or have passengers ride the roof of the vehicle and witness the adrenaline rush of seating on the vehicle's roof seeing all the ravines that are about 1500-1800 meters above sea level.

You will pass by the Mt. Polis pass which is the highest part of the Nueva Vizcaya-Ifugao-Mountain Province highway at 1800 meters above sea level.

The ride from Banaue to Bontoc is about 1 hour and 45 minutes.

Sagada is the tourism capital of the Cordillera Region and is a town that lies at the westernmost area of Mountain Province. It can be called as the backpacking capital of the Philippines as it features various outdoor recreation and adventure sites to where you need to walk several kilometers to be able to reach them all. There is almost no regular public transport within Sagada town except if you are going outside Sagada. Although as the town evolved as a tourist center, transportation are now available to get you to various tourist sites in the town at a hefty price.

Sagada is known with picturesque view from its mountainous sites being situated at 1550-1800 meters above sea level. This includes the Kiltepan peak which is known as the best view for a sunrise in the Philippines and the Mt. Ampacao which is the highest point of Sagada at 1880 MASL.

The northern part of Sagada lies the small and big falls being Bokong and Bomod-ok falls consecutively. Far north is the upper Chico River where you can enjoy river rafting of the rugged and strenuous yet exhilarating topography of the river.

The southern part lies the Lumiang and Sumaguing caves which are interconnected with each other to where you can enjoy spelunking across it for 4 hours. The Lumiang cave is the site of our prehistoric ancestors, the Igorots where their coffins are stacked along the cave entrance.

The western part is the road that leads to Besao, Mountain Province which is the last town at the westernmost part of the province and from this road you can access Lake Danum and Lake Banao which are locations where you can get a view of best sunset in Sagada.

The Igorots of the Sagada are into arts and crafts as well to which it is evident with their weaving and pottery making. Their arts and craft can be seen along the West Road that leads to the town of Besao.

And the most talked about Echo Valley, the signature location of Sagada that you shouldn't miss. It is a gloomy valley you need to hike down where you can find the Hanging Coffins of Sagada.

The central part of the town is where most of the hostels are located and where you can end your full day of trekking with a hearty meal of their native cuisine, Pinikpikan, a chicken soup mixed with Etag (a smoked pork naturally fermented and preserved using natural ingredients and "processes".

Other famous desserts available at Sagada are the yoghourt and lemon pie and the fruit wines. All prevalent at the central part of Sagada down to its South Road.

Is the province where the Halsema Highway lies. It is the most picturesque highway in the Philippines gifting you with a view of the Cordillera mountains and the highest peak of Luzon and 3rd highest in the Philippines, Mount Pulag.

The Halsema Highway also is the highest highway in the Philippines having the highest part of it at Atok, Benguet resting at 2340 meters above sea level.

The capital town of Benguet is La Trinidad and is known with the strawberries and other fruits and vegetables they produce.

Baguio is the most urbanized city of the Cordillera region. The last time I was here was exactly 20 years ago and I was surprised at how Baguio became highly urbanized over the years where malls and establishments have popped up and jam packed and its population has greatly increased.


This article is part 1 of the Cordillera series as we document our mapping expedition and enjoy the country.

Sagada and Banaue has been intensively mapped by Schadow1 Expeditions as part of our mapping advocacy to promote Philippine tourism and help local government units using the mapping data for their disaster risk resiliency planning. 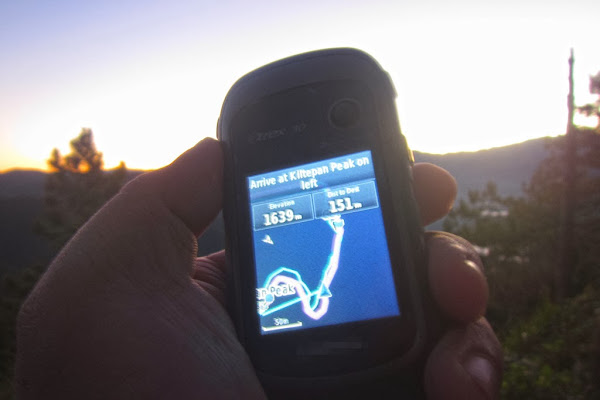 Data has been contributed to +OpenStreetMap Philippines  and a routable GPS map of the whole country is being compiled weekly to aid drivers on their navigation within the Philippines.


For a more detailed account of Schadow1 Expeditions on its Cordillera Mapping Expedition, check on the links below: