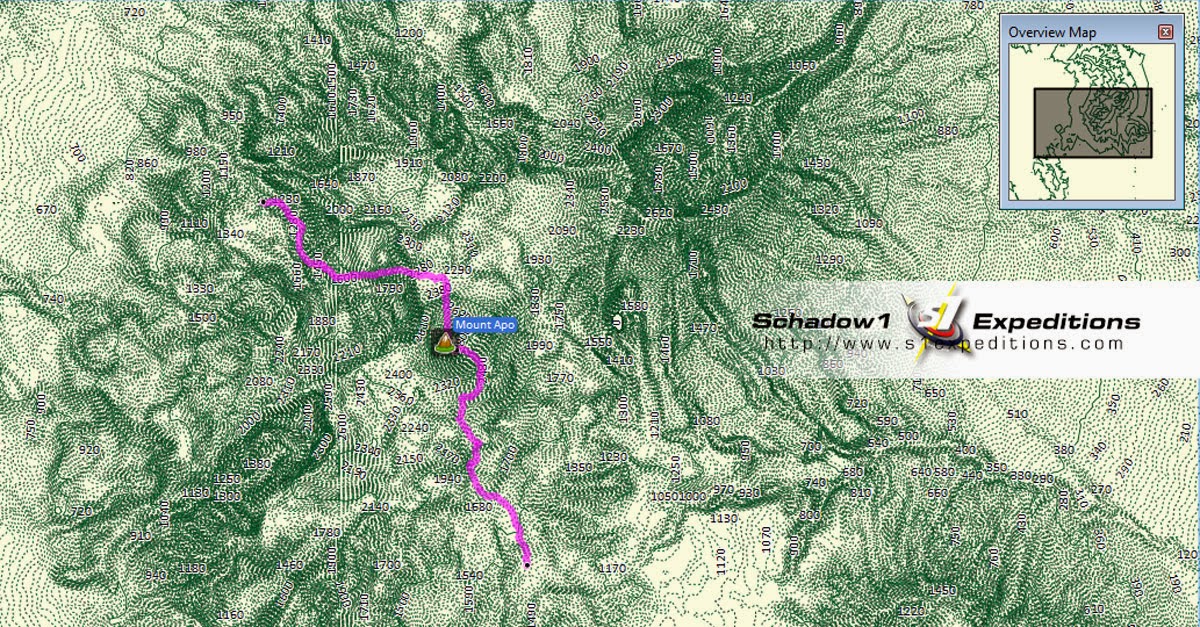 Schadow1 Expeditions has recently rolled out the newest elevation contour map of the Philippines to which the data is based on two recent missions. One is from NASA's Shuttle Radar Topography Mission (SRTM) last 2000 and the joint NASA and METI Aster Global Digital Elevation Map mission last 2011. Using both data has further improved the existing GroundTruth map based on SRTM data; therefore fixing even the artifacts and blanks which is present on most peaks and mountainous regions in the Philippines.

The SRTM mission was launched by NASA last February 2000 to present the world's first complete topographical map of the world where the Space Shuttle Endeavour has circled the Earth while in space for 11 days to map it.

The topographical data from both missions has since been used for various important purposes including disaster resiliency planning. Locally, Nababaha.com has used the SRTM data to simulate flooding and pinpoint flood-prone areas in the country which in turn can help local government units plan for their disaster contingencies.

Joining the two resulting data from both important space missions led to the most precise and complete topographical map of the Philippines.

Recently, Schadow1 Expeditions has used the data to compile an improved elevation contour map of the country which can be used on GPSr devices for exploration purposes and more.

For more information on Schadow1 Expeditions mapping advocacy, check out our #mapPHL page.
This is so a Filipino would not be a stranger to his own motherland.