20 years of Philippine Internet and The Birth of Crowdsourcing 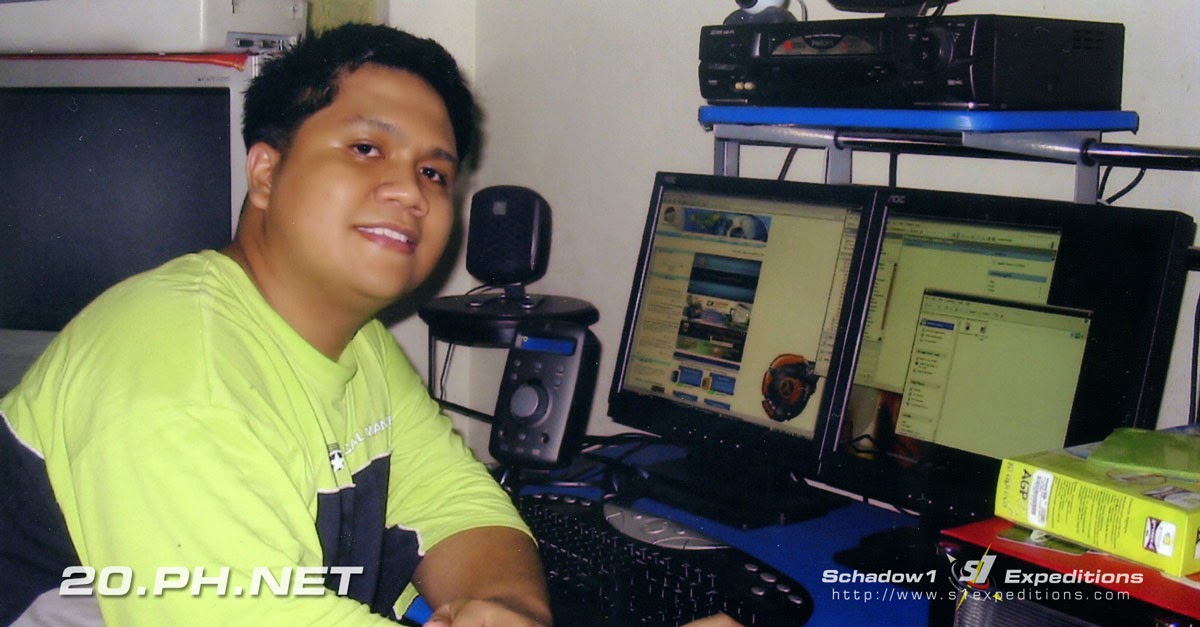 The Philippines celebrates the 20th year of the existence of internet in the country. It has revolutionized communications in the country and opened up the minds of our countrymen that a foreign country is not totally heaven after all; and our country has much more to offer. It also has opened up virtual societies which literally turned the world small and much information is accessible with just a click of a button right inside your home. As for myself, the essence of the internet is when it led to the birth of crowdsourcing.

The selfie above was taken 10 years after the birth of the internet in the Philippines. It was the same time when I had first been introduced to an activity called "mapping". Never had I realized back then that this activity would turn to something that would be coined as "crowdsourcing".

The photo above may be one of the first selfie I took of myself in front of a computer. It was taken the same year when internet was first introduced in the Philippines. But it was only a year later when I first connected to the internet. At September 7, 1995, about eight o' clock in the evening, a Thursday night, was the first time I got hooked on a 14.4kbps dial-up internet using a "high-tech" 33.6kbps external modem. For me it was the start of a new revolution that has changed myself and the world forever.

My first email address was provided by Rocketmail and was created around 1996 but was acquired by Yahoo two years later. And this email address is still working until now but no longer my primary address as it became my "spam-catcher" over the years.

My first personal website was hosted by Geocities way back 1997 but has pulled it out and created a newer one at Tripod which I termed as Schadow1 v3.0 in the year 1999. This website still exists however no updates were made since 2002.

It was by 2003 when I created my first web server, then hosting my own website at home.

Aside from the birth of social media where I had been part of Friendster and then today Facebook and Google+, the most important and beneficial invention that came along the existence of the internet is crowdsourcing - a practice that came about by relentless contribution of several online communities to benefit a certain cause.

Schadow1 Expeditions is a part of this crowdsourcing effort called Openstreetmap, an online community of mapping the world with first-hand information right from its contributors.

My desire to travel much of the Philippines came as a result from mapping the country and thus came up to be the reason why this web log (now termed as simply, blog) to be a journal of traveling the country while mapping it to ensure that we won't be a stranger to our own motherland; and to foster nationalism by personal re-discovery of the country with minimal chances of getting lost as it is already mapped.

Recently, crowdsourcing in the form of mapping, has shown its real essence when over a thousand netizens have helped mapped the country in a span of a few weeks enabling record-breaking map updates in the Philippines. An effort to help in the relief operations of the Typhoon Haiyan/Yolanda stricken areas in the country to which the mapping data has been used by the International Red Cross and other humanitarian efforts as the Digital Humanitarian Network, an arm of the United Nations Office of the Coordination of Humanitarian Affairs (UNOCHA), cited the GPS map of the Philippines we compile as one of the source of map reference to use in planning and executing relief efforts in the Philippines.

And the benefit of crowdsourcing for the Haiyan post-disaster initiative has been noticed by PBS News Hour starting at 05:30 of the video below.


Crowdsourcing would not be possible without the benefits of the internet. Let us celebrate the 20th year of its existence in our country by harnessing its capability for the improvement of the lives of the Filipino.