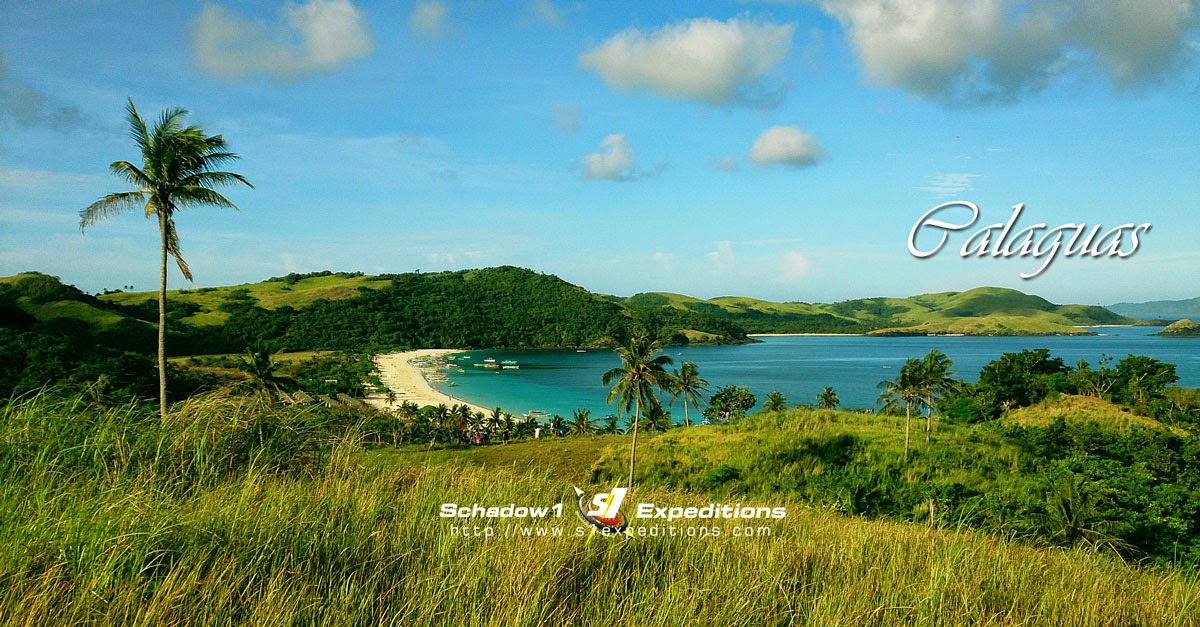 May 9-12, 2014
Twenty eight kilometers off the shores of Camarines Norte and a two-hour boat ride on Pacific Ocean by the southeastern edge of Luzon lies a group of islands encircled with turquoise seas, adorned with rolling hills of lush grasslands, and stunning white beaches. This is no other than the Calaguas Group of Islands. This is an account of Schadow1 Expedition's fourth mapping expedition of the year covering the towns of Paracale, Vinzons and Daet, the capital city of the province of Camarines Norte.


The Calaguas group of Islands is composed of seventeen islets and islands. Tinaga Island being the largest of the group where the famed Mahabang Buhangin Beach (Long Beach of Calaguas) is located. Mahabang Buhagin Beach is a kilometer-long fine white sand beach at the northwestern part of Tinaga Island.

Tinaga, although a remote island, has two small communities located respectively at its south and southwestern part which is called the Barangay Mangkawayan and Pinagtigasan respectively. These two barangays are separated by rolling hills while the beach itself is inhabited. Previously, the main boat dock is located at Mangkawayan but when the Mahabang Buhangin beach has gained its fame the passed few years, boats regularly dock directly to the beach.

Balagbag Island, a small island at the north of Tinaga, is a small grassland island with rock formations at its southern edge. It is famous with its natural infinity pool that gets filled up during high tide which is a great swimming and snorkeling area. 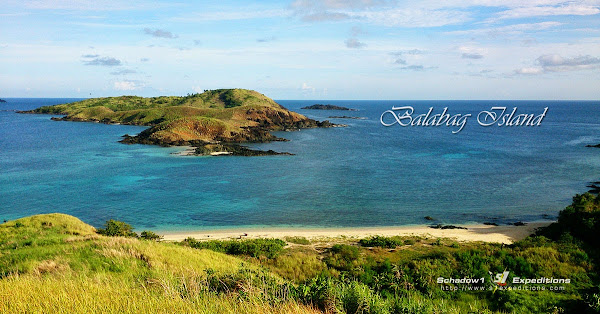 The second largest island of Calaguas is Guintinua Island which lies at the south of Tinaga where a small community thrives at Barangay Banocboc.

All the other remaining islands are either islets comprised of hill grasslands and rock formations and are all uninhabited.

The Calaguas group of islands is under the jurisdiction of the town of Vinzons in Camarines Norte except for one island, Maculabo, which is under Paracale - also in the province of Camarines Norte.

Maculabo is an inhabited mountain island where a community thrives near the white sand beach at the southern side of the island.

There is no electricity on Tinaga Island and cellphone signals are unavailable except on the southern barangay of Mangkawayan where the signal is fluctuating.

Calaguas can be accessed on three jump-off boat docks. One is at Paracale and the other is at the Doongan and Hagdan Bato ports of Vinzons.

The ports at Vinzons are the famous jump-off ports to Calaguas however the boat ride is longer as it is 34 kilometers away as compared to Paracale which is 6 kilometers shorter than the latter. But the ride from Paracale is more perilous than on Vinzons during the months of June to December as majority of the route is at open sea; in comparison to the one at Vinzons where half of the boat ride pierces through the minor islands of Calaguas, thus the waves will technically be smaller.

Being a remote island with several white beaches, Calaguas is famous due its its long beach which captivates backpackers due to the absence of accommodation, communication lines and electricity (on a side note, tour agencies are bringing in generators to provide electricity for its guests). Snorkeling spots are also available near the rock formations. 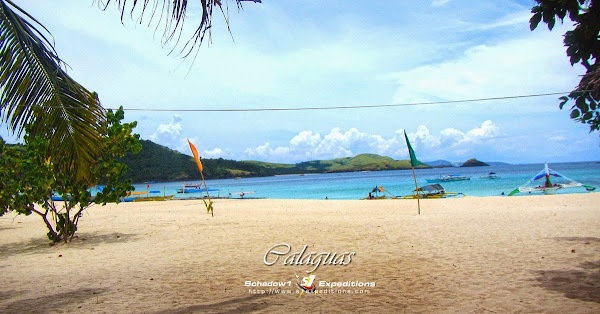 The hills also provide an added adventure as you can trek to the hilltops of Tinaga and be awed with the view of the long beach below and the neighboring islands.


Schadow1 Expeditions has explored the Calaguas Group of Islands and its jump-off towns of Paracale, Vinzons, and Daet, the capital town of Camarines Norte for its mapping expedition. Over a hundred waypoints and 747 kilometers of data were contributed to +OpenStreetMap Philippines, where Schadow1 Expeditions also generates a street-level accurate GPS routable map of the country that can be downloaded for free at our #mapPHL page. The map can be used on GPS navigation devices for tourism, educational and disaster resiliency planning. This is all for our advocacy to ensure that a Filipino would not be a stranger to his own motherland. 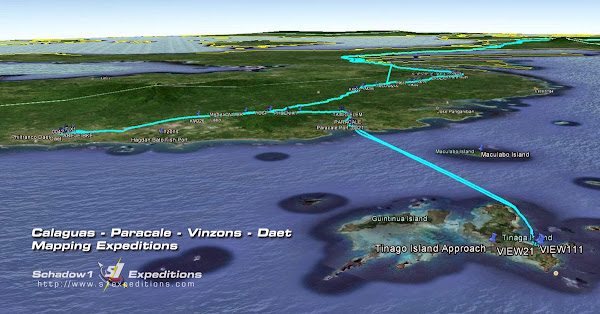 
For other information on our Calaguas, Paracale, Vinzons and Daet, Camarines Norte mapping expeditions, you may read on our related articles below.