On our 2nd Year: Why we take risks so that a better Philippine map exists. 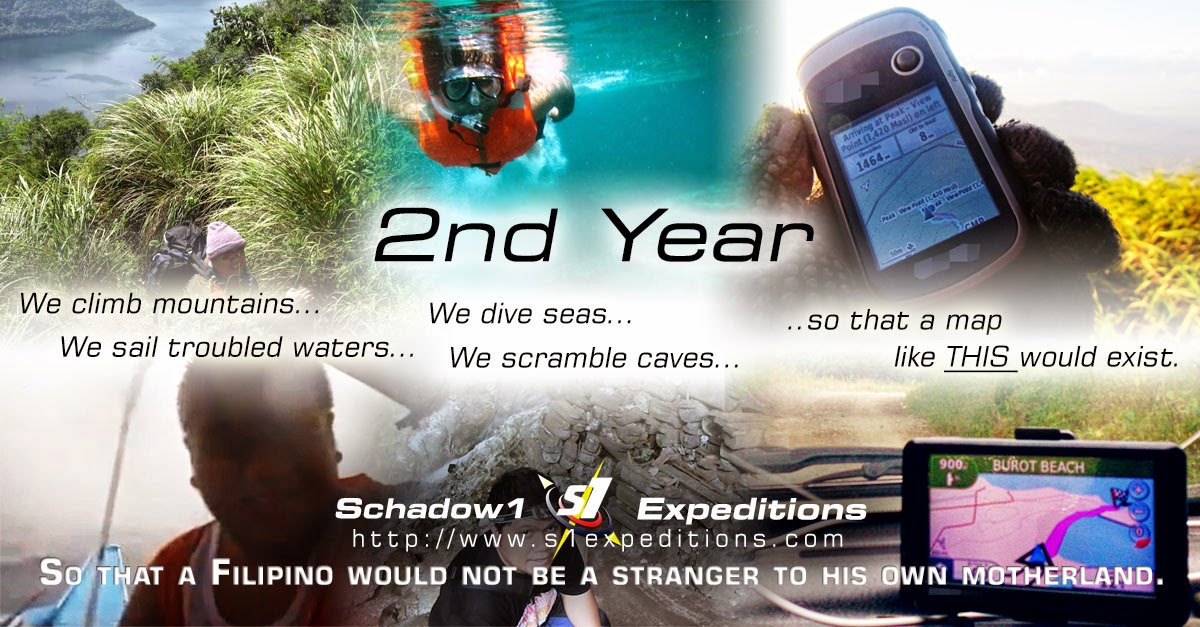 Two years ago, I had decided to turn my mapping advocacy to have a voice. A window that would give an idea to the world how mapping the country would feel like. People turn on their smartphones, turn on its location feature and open up an application that requires the user to tag one's self to a certain location. Any program that uses locations as an integral part of its functionality obviously uses maps. And these maps are not simply made... they were experienced. And this blog is a collection of our experiences while mapping the Philippines.


We use maps to plan for an adventure, but it would be more exciting to experience adventure because you would be creating a map. Thus, the advocacy of mapping the country took place.


Schadow1 Expeditions has been contributing mapping data primarily to OpenStreetMap in every area that our expeditions cover. And with the data that other mapping advocates are also contributing, all of these data are integrated to various forms and used in various purposes. One of the output of this data is the Philippine GPS-assisted map we regularly compile and made available for vehicle owners, bikers and adventurers using a GPS device.

Slowly, the Philippine government has realized the efficiency of crowd sourced mapping data; as how it has performed during the Typhoon Yolanda crisis last 2013 by assisting international relief and rescue organizations to performing their missions effectively even if they are complete strangers to the location. They were able to get a latest map that is street-level accurate right after the disaster. Eventually, maps were not only used for outdoor recreation but by humanitarian and disaster resiliency programs as well. Video starts at 5:30.


Exposure of mapping advocates in the Philippines on the role of maps in disasters.

A viable project by the government that was recently released for public preview is the version 2 of the Project NOAH. Aside from its numerous upgrades from its previous version, they have launched the module called WebSAFE. It is an application based from an open-sourced application called InaSAFE. Both applications rely extensively on Openstreetmap data to create realistic natural hazard impact scenarios on a certain location. By using an algorithm basing on hazard data plus geospatial data of Openstreetmap, the software can give quantified data on the amount of supplies needed by the population when natural hazards have hit the location through a click of a button.

And as we travel the country to create an accurate map as possible, we also realize the importance of taking care of the environment. The Philippines is an awesome country with very picturesque countryside whether on land, under the waters or above the mountains. Through the articles of our blog we do hope that we also provide an awareness of how important it is to protect our natural resources. These resources do not only signify the wealth of our nation but also it is there to ensure that we remain to be protected from natural hazards.

Renewable energy is the only route that is left to ensure that we progress as a nation while taking care of nature. This year we started out contributing to lesser emissions by making our blog run clean by having its hosting server that provides the map run under solar power.

Thus, "We climb mountains... we dive seas... we sail troubled waters... we scramble caves... so that a map like THIS would exist."


While mapping Coron, Palawan as we head back to the main island coming from Ditaytayan Island


Today, on our second year, we celebrate our success in ensuring that a Filipino would not be a stranger to his own motherland; and we commend mapping advocates in the country for continuing to make sure that the country gets a recently updated and accurate map possible. And for our readers and supporters, we thank you for making our advocacy alive.