Sariaya and Tayabas, our Country's Heritage - a Mapping and Cultural Expedition 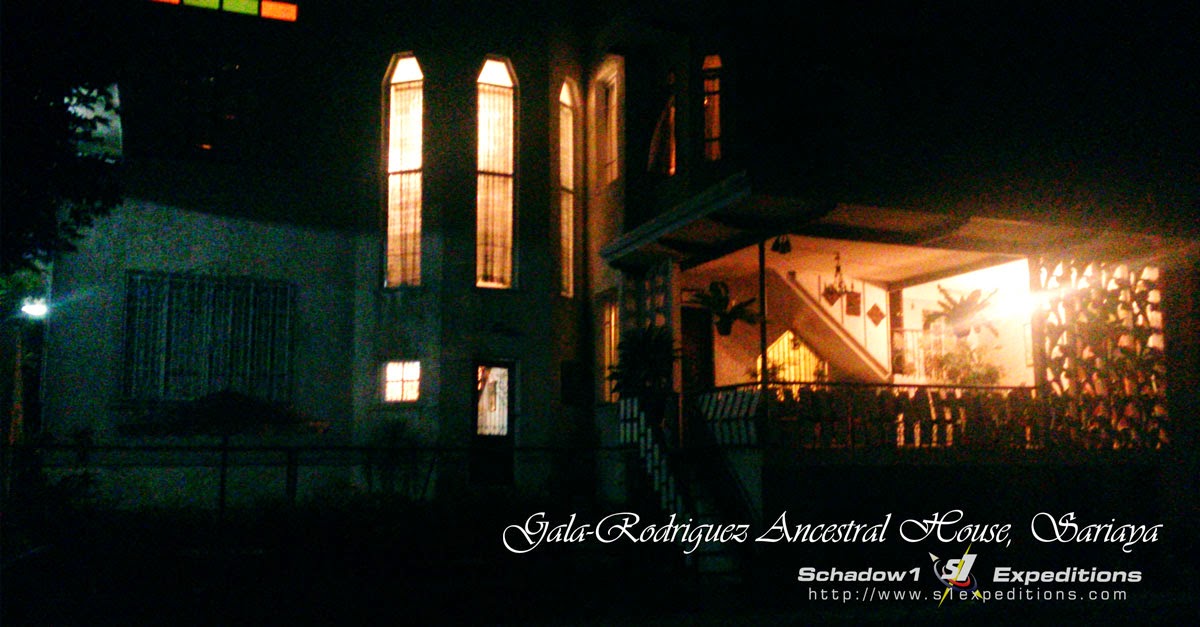 Sariaya is one of the top municipalities in the province of Quezon and is bounded by Mt. Banahaw at north and a beach at its south. It is a populated municipality and an old locality that thrives even during the Spanish colonial era. A time when the Aurora and Quezon province are just one called Tayabas. And due to its history, the town is filled with old architecture that mirrors its past.

On one Saturday morning, not much of a sunny day, Schadow1 Expeditions was invited by Openstreetmap Philippines to join its collaboration with Wikimedia Philippines. It is a project by the Wikimedia Foundation in the Philippines to run a Wiki-Expedition to map and write articles about Sariaya's past and its heritage sites. As Openstreetmap is a wikipedia of maps, it is not surprising, that the organization is equally in a mission to map the town while the Wiki-Expedition is to experience it, write about it and obtain photos of the town's rich culture.

We are not part of the regular itinerary of the Wikimedia group and so we first out went around 7 barangays of the town and mapped its locality including its heritage houses.

As we went back after noon, we then headed to the nearby Tayabas town which was once the capital city of the then Tayabas province which equally has a number of heritage houses and churches.

At Tayabas we discovered this delicacy called Budin. It is similar to Pangasinan's Latik, a glultinous rice topped with overcooked coconut cream (gata) and meat except that it is softer as it is made from diluted glutinous cassava instead of rice. Coordinates 14.02584N 121.59414E

As the province of Quezon is famous for its Lambanog, a distilled alcohol made from coconut, Mallari Distillery processes and sells authentic Lambanog. Coordinates 14.02543N 121.59239E


Before sunset, we hurriedly went back to Sariaya and headed straight to Gala-Rodriguez heritage house designed by the famous architect, Juan Nakpil. He is known from designing the Quezon hall in University of the Philippines. Coordinates 13.96195N 121.52482E

The heritage house is next to Plaza de Shalom where we took our Filipino dinner and was serenaded by a local. And her serenade teaches how to eloquently, classically and historically take a shot of this excellent Lambanog.

Mapping the Philippines does not only ensure that we know the roads to travel and trails to conquer. It is also about ensuring that we know our past so that we would know how to tread on to our country's future. In time, heritage sites could be destroyed or could be preserved. But when time comes the society chose to kill our culture, whichever would be the case, our mission would be to ensure that if they do crumble, their existence will remain to be a reality in future generations through a wikipedia article.


Heritage sites, roads, establishments and other notable features of Sariaya has been mapped by Openstreetmap Philippines and Schadow1 Expeditions; and is now available at the latest version of the GPS Routable map of the Philippines based on OSM-PH data so that a Filipino would not be a stranger to his own motherland.