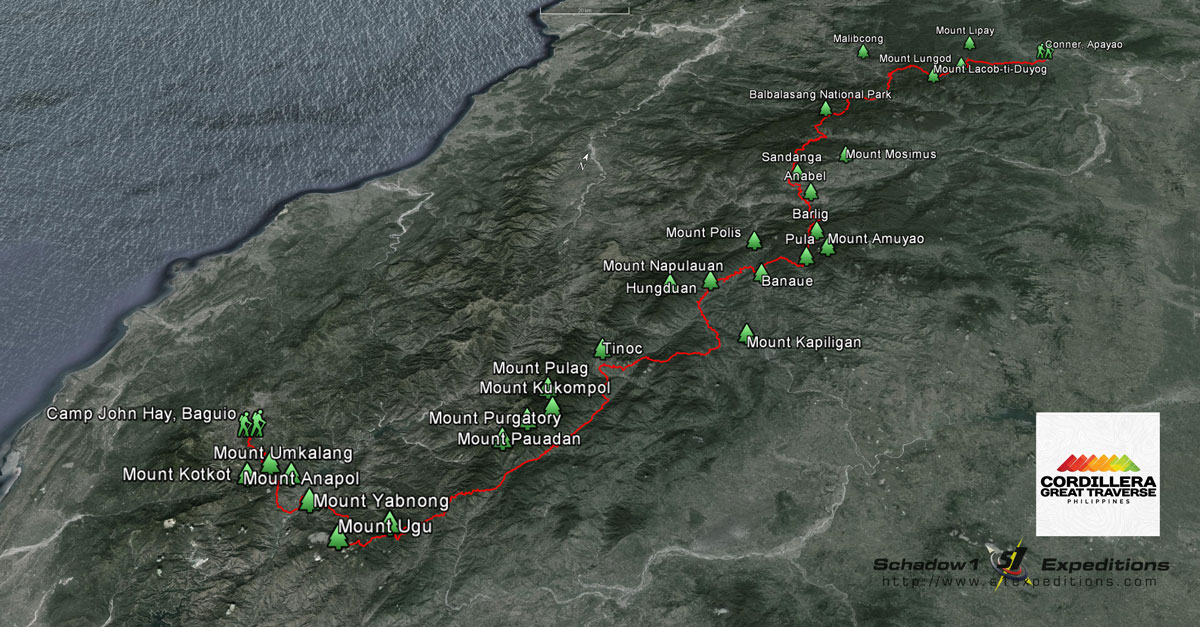 The Cordillera Great Traverse is so far the longest trail network in the Philippines traversing the highlands of the Cordillera region of the Philippine's largest island of Luzon. Covering four hundred forty four kilometers, connecting all famous mountain trails of the region including Luzon's highest and country's third, Mount Pulag.


The Cordillera Great Traverse is a brainchild of Atty. Jonnifer Lacanlale  in the 2nd quarter of 2014 to which they have setup a team to traverse the Cordillera Region. The trek started at the early morning of April 1, 2015 at the plains of the town of Conner in Apayao province. The whole length of the trail was completed by Koi Grey finishing the 444-km trek at Camp John Hay of the City of Baguio at April 18 which ended after a successful trek which took seventeen days to complete.

The Cordillera Great Traverse aims to re-establish the forgotten Cordillera trail which is a route of Philippine ancestors of various tribes in Luzon's highlands; which dates back even during the prehistoric era of the Philippines. 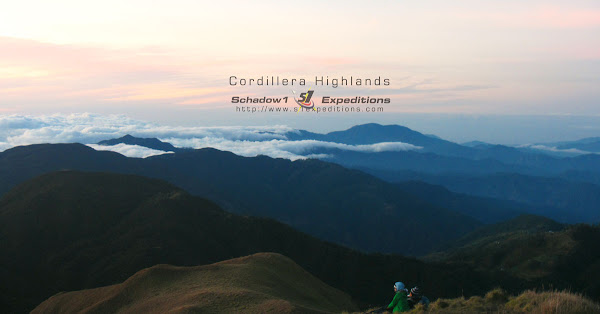 The traverse trail connects various jump-offs to famous hiking destinations in the Cordilleras including Mounts Pulag, the island's highest at 2922MASL, Amuyao, Ugu, Napulauan, and Purgatory. The trail traverses eight provinces and starts the plateau of Apayao passing through various river crossings and dense and long mountain forests of the provinces of Kalinga, Abra and the Mountain Province. Passing through the scenic highlands of Ifugao, sideswiping picturesque mountains and passing through Nueva Vizcaya then traversing Mt. Ugo to reach Itogon, Benguet and finally to Baguio.

Technicals
The hike features a 444-km trek with a total of 5,891 meters ascent and 5,196 meters descent; climbing through at starting elevation of 376MASL at Conner, Apayao to a maximum of 1,845MASL at the frontier of Mountain Province. The total distance exceeds the Great North Walk trail of Australia at 250km, Drakensberg of South Africa at 220km and GR20 of Europe at 180km.