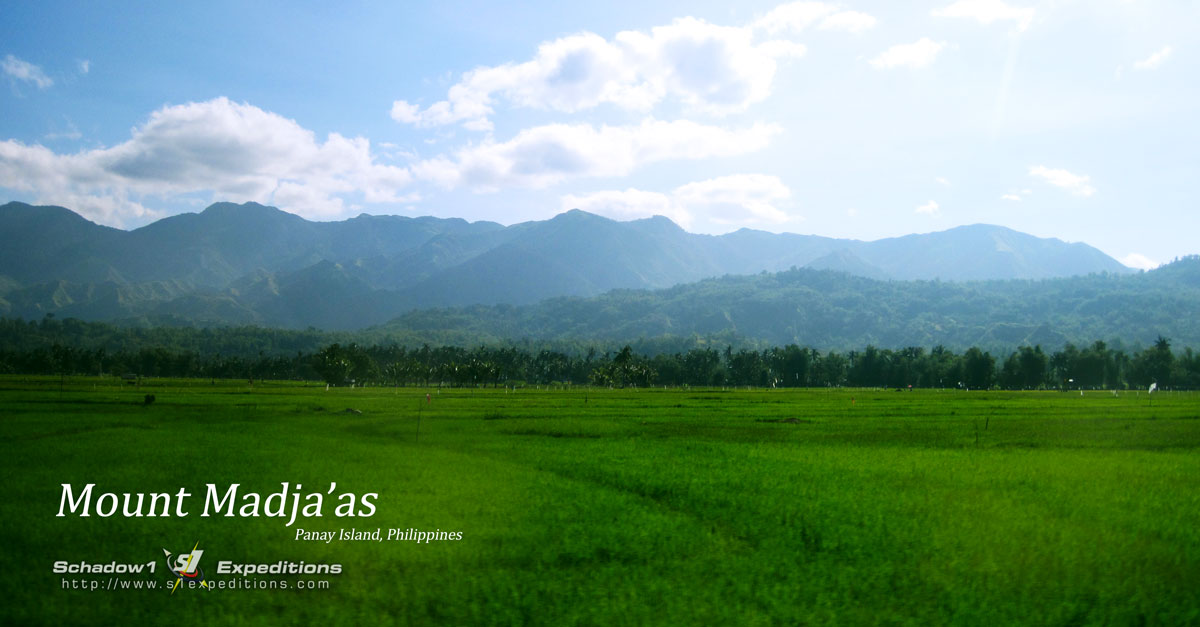 Rivaled as by Nangtud as the tallest mountain of Panay Island in the Visayas, situated at Culasi, Antique, Mount Madjaas is one of the difficult climbs in the country yet provides one of the best views at its summit. Probably with its romantic scenery, this mapping expedition turned to a romantic twist which will forever be a memory to behold and to re-live.


I was not able to join this hike due to work and fitness contraints at the time and so I leave my mapping instruments with my friend and fellow mountaineer, Cris Casidsid as he climbed the mighty prowess of the Madjaas of Panay Island. It was originally a group climb by the X'treme Trekkers Mountaineering Society yet due to schedule conflicts, it turned out to be a couple climb instead.

Crossing the Tibiao River and climbing to about 646 meters above sea level, the last inhabited part of the Madjaas slope is at the Kamandiga Village an hour and a half from the jump-off.

Right before passing through the through the first peak of Madjaas is the Manugbuyo, an abundant water source to supply ahead the long and arduous assault trek to the summit of Madjaas. Manugbuyo is a fresh drinking water source situated at 1088 MASL. (Coordinates N11.36306° E122.13682°)

After the first peak, a slight descent is to be expected until you reach 1006 MASL. A protected camp ground known as the Bantang Campsite or Madjaas Campsite 1. The Bantang campsite is an ideal camp ground as it is located just below the first at its south and by the majority of the the Madjaas slope at its north making it cool yet not too windy for a cold night. The campsite was reached after 5 hours of trek at around 3:30PM. (Coordinates N11.36875° E122.14332°)

The whole second day was an assault trek camping out at 3:00PM as they reached Camp 2

Just as the sun is about to rise on the 3rd day, November 21, trek continued towards the knife edge. It is one final push to Madjaas summit reaching it two hours later at 8:00 AM. 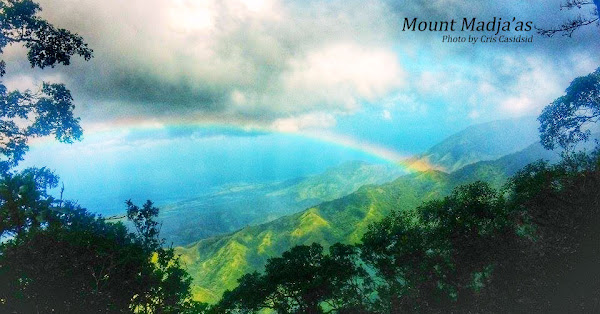 The summit entails awe inspiring views. At its west horizon shows the magnificent sunset at Sulu Sea brandishing a faint aura of the far islands of Cuyo while at its eastern horizon shows the vastness of the plains of Aklan and Iloilo.

Probably the view is too romantic, undeniably the couple climbers, Cris couldn't resist to offer his forever to Liyah and eventually got the yes he is waiting for! Congratulations!

Using a GPS device at 3 meters accuracy reception when at the summit while considering elevation correction due to the earth's oblate spheroid shape, Mount Madjaas is soaring at 2102 meters above sea level. As of this point, it is still unclear if Madjaas is the highest mountain in Panay; not until we will reach Mount Nangtud to make our measurements.

A trail map to Mount Madjaas has been provided by Schadow1 Expeditions which can be loaded to compatible GPS devices to guide you through your climb on this magnificent mountain. It can be downloaded for free at our #mapPHL page. It has also be contributed to OpenStreetMap Philippines as part of our advocacy in ensuring our country is mapped so no Filipino would be a stranger to his own motherland..