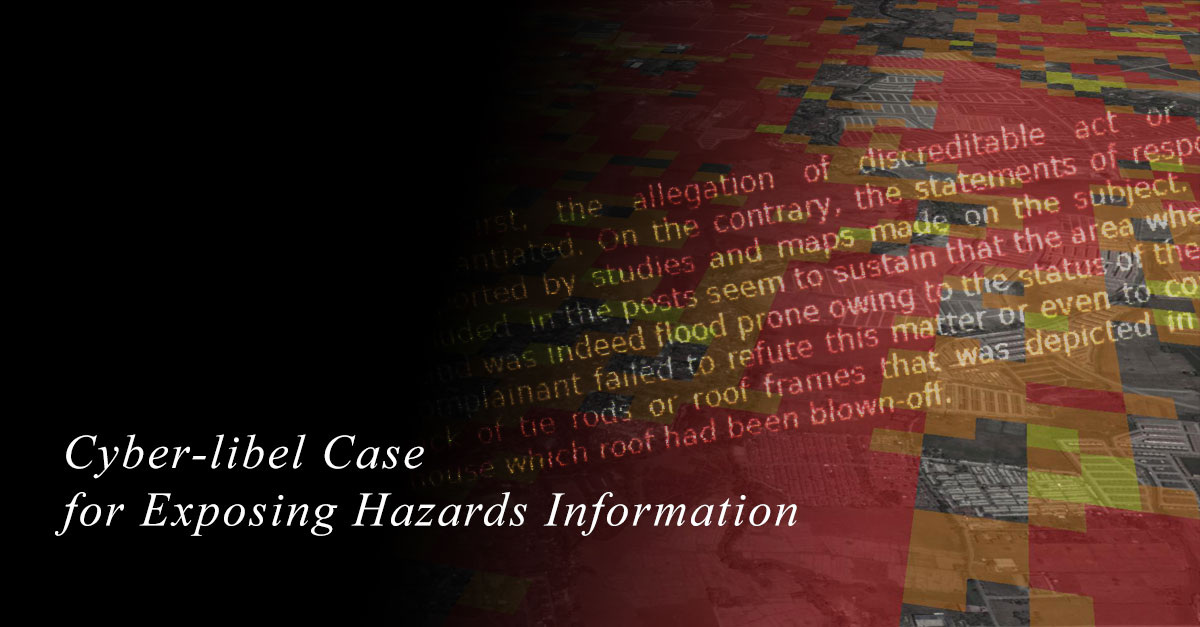 October of last year, I was challenged by a real-estate developer to which its mother-project is located at a large swath of land in Cavite by filing a complaint against me for allegedly committing a crime on this newly minted RA10175 law including cyber-libel on one of its sections. This is amidst using facts from scientific data and observations. This is with a purpose to make people aware on all aspects of its reality so as to help future buyers discern what they are about to undertake or for current homeowners to make preparations with the impending dangers of living in the community.


I am a customer, a unit owner myself, in this location as such, it is my responsibility as part of its community to help people be informed as for how I inform the whole country itself, being an advocate of mapping and hazards for the Philippines.

This article would be a follow up from my article last October 2015 about The Real-Estate Business and Cyber Crime Law in the Philippines hampering Disaster Risk Reduction Efforts.

I was advised by my lawyer in creating this article to avoid commenting on the decision thus this will only tackle excerpts from the resolution of the Mandaluyong Prosecutor Office and leave the discernment to the readers.

Last December 22, 2015, the Mandaluyong Prosecutor office has resolved the cyber-libel complaint filed against me by a real-estate developer, Profriends. through Atty. Arnaldo Malabanan Jr. as "dismissed" for being unsubstantiated and for my posts being backed by scientific studies. And malice, which is a requirement in Philippine laws to be considered as libel, is still "wanting".

Additionally, it was quoted on the resolution that "Every man has a right to discuss public matters." Public safety is a public matter.


"By failing to prepare, you are preparing to fail."

How can we then prepare when we are made unaware?


For the reference on the 4-page complaint dismissal resolution, you may view the document here.

Update: May 9, 2016: Property Company of Friends, Inc. filed a motion for reconsideration last March 2016  regarding the dismissal resolution which was again dismissed by the Mandaluyong Prosecutors Office last April 14, 2016. You may view the dismissal of the Motion for Reconsideration via this document.