It was Saturday dawn, and I was intrigued by this mountain called Maculot as they say it is one of the fun climbs in Batangas. And it was a regular weekend so I ought to try it just for the heck of it. So we went up to Tagaytay and prepared things over at our usual stay over place at McDonalds Taal Vista. We planned and plotted our trek.

After sunrise, at about 7:00AM, we headed down from Tagaytay to Batangas via Diokno Highway. It was foggy that time and we had to slow down.

We arrived the Mountaineer's store at the base of Mt. Maculot, where parking is available and for free.. We geared up and started our trek at 8:44AM.


Initially the track to the campsite of Mt. maculot is fairly laid out with the initial 529 meters of path being semi-paved. What I have noticed with this mountain is that its path is a continuous 60 degree assault. Though the length of the trek is only 3.06km to the Rockies, it would test your endurance due to the unrelenting assault. As for my self being categorized as heavy weight, I feel it is taking toll on me every 10 meters elevation of climb after the Philippine Airforce Stone Monument. This is not to be categorized as an easy climb for me. It is short yet challenging.


There is a clearing and coconut juice almost every after 20 meters of vertical ascent from the monument until the 632M mark for you to freshen up.

Starting 570M high, trees will become lesser and grass will dominate the area. From this height, you would feel the scorching heat of the sun even more. However, the view will also start to be magnificent as you start to see the Taal Caldera ridge of Cuenca, Batangas at your left.

We reached the campsite at exactly 11:54AM, about 3 hours of climb.

The campsite has a large nipa shelter and tables for accomodating around 20 people to have their lunch. And there is also a convenience store which climbers call as "Maculot 7-11" as it is open 24/7. They sell noodles, mineral water and softdrinks. However, be reminded that they sell their price at a very steep price so you need to prepare. They are selling 8oz of softdrinks for P50 and 1.5L for P155. 12oz of mineral water costs P25. Prices are almost thrice of the standard price.

We had our lunch and rest for about 2 hours then we proceeded to our climb to the Rockies.

The Rockies area is not Mt. Maculot's summit, instead it is the highest part of the Taal Caldera ridge as you would be on a 705-meter ravine down to the Taal lake when you are here.

The campsite is 715MASL and you would have to go down to 684 meters and up again to 705m for the Rockies. There is an area there which I almost failed to climb as I can't carry myself due to the height of the rock. Alas! I was able to do so after several tries after removing my pack.

The Rockies provides a stunning view of the whole Taal Caldera including the smallest volcano in the world, the Taal Volcano Island. 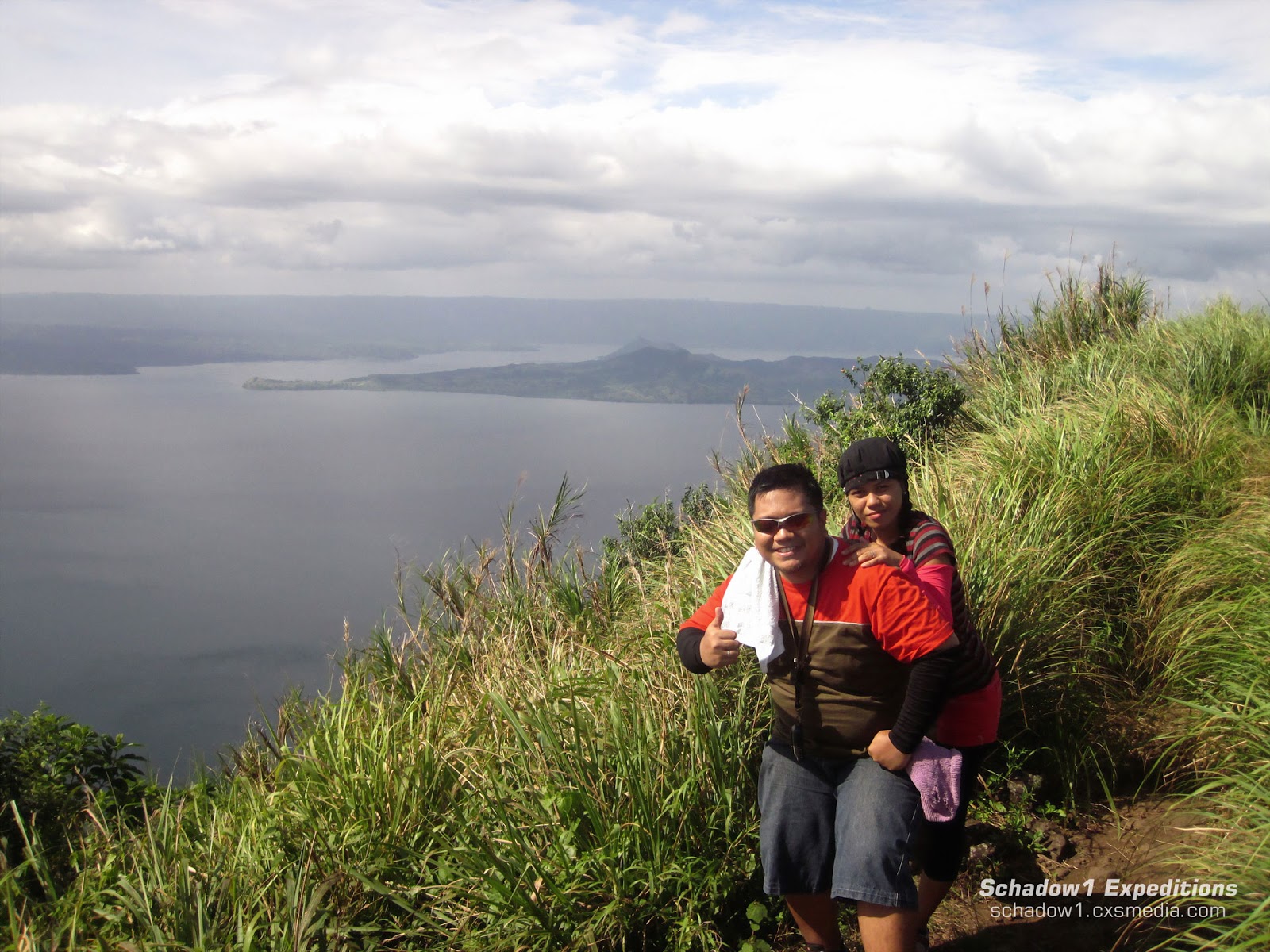 We stayed there for more than an hour for photo shoots and peace. Then we went back to the campsite where we pondered the Maculot Sunset.


Our climb was an overnight stay as it coincided with the peak of the Leonids Meteor Shower... a right time to watch shooting stars.

We were able to see an average of a shooting star in 3 minutes. Hoping to take a picture of them falling, I set my camera for a 15-sec exposure. I was not able to shoot a meteor fall however I was able enjoy a view of the Hyades Cluster in Taurus with the planet Jupiter in forefront.


My experience here is the first overnight climb with a clear sky pondering over us at the camp site.

The next morning, however I initially planned for a Maculot summit climb, it didn't push through due to lack of time and out batteries are running out so we decided to get back down and call it off.

Mt. Maculot is the 5th mountain I climbed.

The data gathered in this Mount Maculot Rockies climb has been contributed to the OpenStreetMap Philippines project for free use of mountaineers who plan to climb this mountain with GPS assistance.