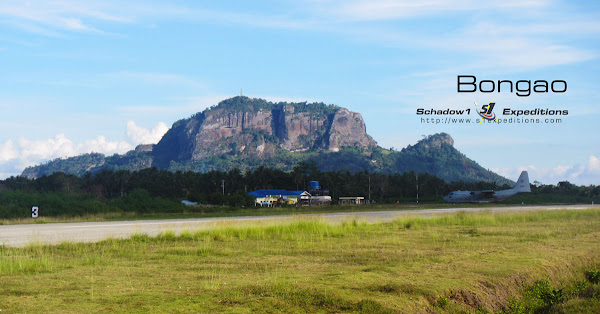 Tawi-Tawi is composed of 107 highlands and is known for its numerous sandbars that are spread along the shallow waters of the northernmost extremities of Celebes Sea. A mountain, in solitude, towers at 342 meters above sea level amidst the flat island of Bongao. It is a masterpiece of nature as it shows its prowess with vertical limestone rocks and lush forests. Bud Bongao stands as the sacred mountain of the land.

"Bud" (bood') is a Sinama dialect which translates to Tagalog as "Bundok" or in English, "Mountain". As it is located on the island of Bongao, thus it is called the Mountain of Bongao.

Bud Bongao is actually a mountain comprised of six peaks, namely Bongao (the pointed peak at 230 MASL), Sibutu (342 MASL), Simunul (328MASL), Tambisan (317MASL), Tinondakan (309M ASL), and Pajar (260 MASL). Each peak serves as a viewpoint of the islands they are named after. However, the whole mountain is famously known as "Bud Bongao" to identify the whole group of limestone columns (peaks) of the elevated forest in the island of Bongao.

It has been misconstrued that Bud Bongao is the highest mountain in Tawi-Tawi. The fact is, Bud Bongao is only the second and its actual elevation is 342 meters above sea level. The highest peak in the province is Mount Sibankat at the town of Languyan, by the edge of the borders of the municipalities of Bongao and Panglima Sugala. Sibangkat towers at 535MASL.

What makes Bud Bongao distinctive is its topography to where it towers against the generally flat island of Bongao and gives an exhilarating view as it welcomes guests for being at the forefront of Sanga-Sanga Airport upon landing of the aircraft.

The mountain has also become a sacred site having two tombs located along the cross-trail to Simunul and Tambisan peak which is called the Tampat Rocks. According to local culture, your wishes will come true if you visit the tombs and wrap your requests in a plastic bag and hang it on the trees.

Bud Bongao is also a forest that is home to the Long-tailed Macaque (Macaca fascicularis). A group of them can be seen as you hike the mountain and they'll follow the hikers especially when food was brought to them. Be aware however that these monkeys are out in the wild in their own habitat, and that caution must always be observed

The jump-off to Bud Bongao is located at Barangay Pasiagan, fronting a military outpost and ends at Tambisan peak where a park was constructed as its main viewpoint at 311MASL. The trail is 1.6 kilometers long and paved with cobblestones. The stairs to the peak are composed of 3,608 steps.

We were able to get to the main viewpoint in 50 minutes and managed to go down in 28 minutes just after sunset.

Tawi-Tawi remains to amaze us whether on water and up on its mountains. Tawi-Tawi, the southernmost province of the Philippines blessed with beautiful white-sand islands and sandbars, turquoise seas and awesome view from its peaks. 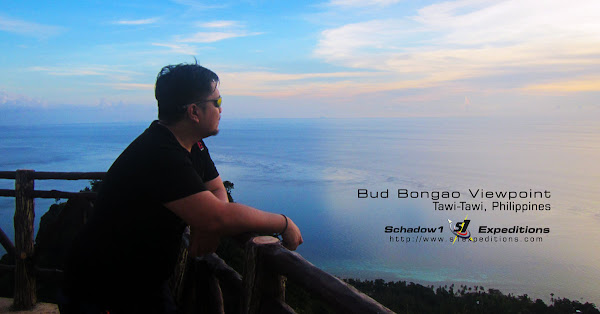 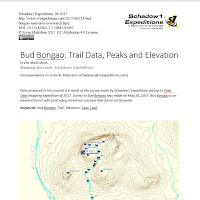