Panguan Island, the most remote island paradise of the Philippines 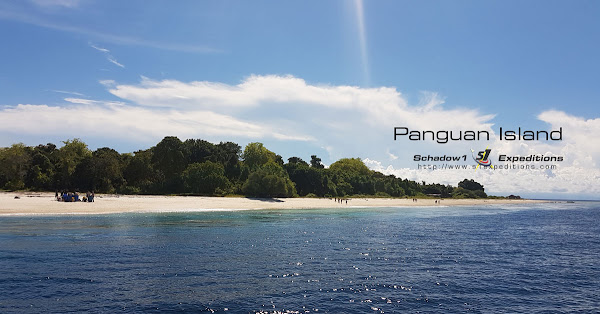 Panguan Island is the most remote island of the southernmost province in the Philippines, Tawi-Tawi. It is located just at the edge of the border between Malaysia, Indonesia, and the Philippines. It is also called Malamanok Island by some locals. A white-sand beach and turquoise waters getaway. 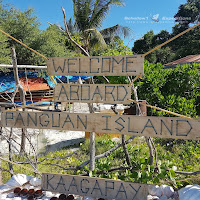 The island of Panguan is a 6-hectare island that lies just about 30 minutes away from Tawau, Malaysia at Borneo Island. It is about 22 nautical miles west of Sitangkai, the southernmost town of the province of Tawi-Tawi. Panguan features fine white sand surrounded by turquoise waters and abundant coral reef facing the Philippine side of the island.

The island was once also called Malamanok Island by some of the locals. The name was derived from the word "Mala-Manok" to which it means "Eat Chicken" in English. This is due to seafarers coming from Sulu bound to Malaysia who use this island as a stop-over to eat roasted chicken before heading on to Malaysia.

At the time of this writing, about five families live in this island coming from the Badjao or Sama Dilaut tribe from Sulu and speak Sinama dialect. People living in Panguan do not have the concept of days and years from the Gregorian calendar, instead, they count seasons.

The island was once used by the terrorist group, Abu Sayyaf, as one of their island hideout in the Sulu archipelago. Not until last April 12, 2017, that it was completely taken over and protected by the Philippine Marines; following the surrender of eleven high-ranking officials of the terror group, ending the stronghold of the terrorist group on the said remote island and other islands near its proximity.

Only April 29, 2017, a flagpole was erected on the island to signify control of the government of the Republic of the Philippines. A headquarters was established by the 10th Marine Battalion Landing Team of the Philippine Marine Corps on the same day.


Schadow1 Expeditions arrived through the Philippine Navy's multipurpose-attack craft BA-485 MK2; and mapped the island on May 27, 2017 together with two drone pilots for a survey, reconnaissance, and deployment mission. The mapping expedition was an invite by Brig. Gen. Custodio Parcon Jr. and GMA News Field Reporter, Chino Gaston to promote the island for tourism as well as reconnaissance support due to the terrorist occupation of Marawi City in Lanao del Sur and declaration of Martial Law on the island of Mindanao last May 24 of the same year.

Some data from the mapping expedition of Tawi-Tawi has been released by Schadow1 Expeditions to the GPS Navigation Map of the Philippines starting v20170607. Over 1,900 mapping data from the expedition has been contributed to OpenStreetMap to which the data can be used for navigation guidance for tourism, logistics, disaster risk reduction, humanitarian and military operations.