The Breathtaking Mardanas Island of Tawi-Tawi

Midway between the water-world town of Sitangkai in Tawi-Tawi to the Philippine-Malaysian border lies an uninhabited island. An island gifted with fine white sand, green grass and palm trees at its inner areas and vibrant turquoise seas with rich underwater ecosystem. This is Mardanas!


Mardanas Island (coordinates N4.72137° E119.14508°) is about 45 nautical miles away or 4-6 hours away from the capital town of Tawi-Tawi province, Bongao. It is a lone island located between Blake Reef and Bajapa Reef of the northern extremities of Celebes Sea. Its nearest inhabited town, the southernmost town of Sitangkai, is about 37 nautical miles away. It is about 9 nautical miles short from the most remote island of the Philippines, Panguan Island. Panguan and Mardanas share the same characteristics and are both the most remote islands of the Philippines.

Mardanas was once inhabited as it has about thirteen abandoned houses. But now the island is purely a military compound after it was taken over from terrorist groups that used the island as a stronghold for two decades from late 90's until 2017.

The island was falsely named as Siluag during the geographical survey made by the Americans in 1939 when the Philippines was a United States colony. Due to this, it is registered in the geographic names information system (GNIS) as such. However, the name the locals and the military use for this island is Mardanas.

Mardanas is a 10-hectare island with white and fine sand beach around an area of coconut trees. The waters that surrounds it is turquoise while underneath the waters is filled with corals, anemones and fishes. As Mardanas is a lone island between two reefs, the shallow waters area of the island is about 100 meters from its shore and beyond that is already the deep waters of Celebes that is potential as scuba diving sites. It underwater marvel is still unexploited and diving just a few meters below already shows how magnificent its underwater scene is. 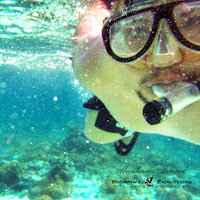 Schadow1 Expeditions reached the island as it mapped the remote islands of the southernmost province of the Philippines, Tawi-Tawi together with the Philippine Marine Corps and the Navy aboard the BA-485 Multi-Purpose Attack Craft (MPAC) Mk2. The mapping expedition was an invite by Brigadier General Custodio Parcon Jr. and field reporter Chino Gaston; together with drone pilots Jp Cruz, Macoy Mejia, and Lawrence Sagabaen. The original mission was to map the islands for promotion of tourism right after surrender of eleven ranking officials of the Abu Sayyaf in the province that ended its stronghold in the islands. However, just two days before the expedition, Martial Law was declared in the whole Mindanao due to the terrorist occupation of Marawi in the main land Mindanao at the province of Lanao del Sur. This turned the mission from tourism promotion to reconnaissance and deployment.


Select data from the mapping expedition of Tawi-Tawi has been released by Schadow1 Expeditions to the GPS Navigation Map of the Philippines starting v20170607. Over 1,900 mapping data from the expedition has been contributed to OpenStreetMap to which the data can be used for navigation guidance for tourism, logistics, disaster risk reduction, humanitarian and military operations.