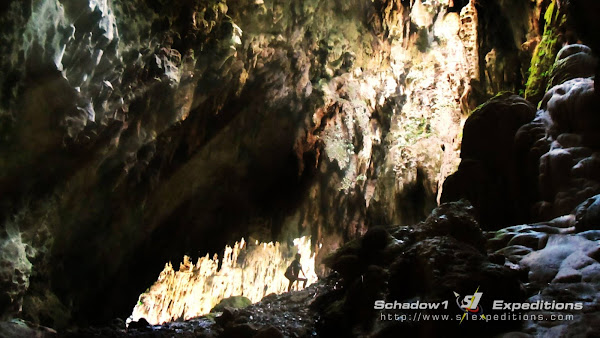 Callao Cave was once again at the center of attention when a new species of possibly human ancestry have been discovered to which the fossil dates back 50,000 years ago. Where is this cave and why does it give importance to archaeologists to never stop excavating this area?

The Callao Cave is one of multiple sets of complex chambered caves at the edge of the Sierra Mountain Range beside the Pinancauanan River in Peñablanca town of the province of Cagayan.

The cave holds important mysteries of ancient human settlements in the Philippine Islands since the Callao Man's fossil was first discovered here in 2007 by Armand Mijares. And now, with his recent discovery, a mini-man, labeled as Homo luzonensis. These discoveries excite local archaeologists as it antedated the discovery in Tabon Cave of Palawan in 1962, which was originally thought to be the earliest settlers in the Philippines at about 20,000 years ago.

It seemed that the cave complex is a favorite pre-human settlement for about a hundred thousand years.

Geologists believe that the Philippine archipelago was formed over 20 million years ago as the Sunda and West Pacific plate collided, thus lifting a portion of a crust that now holds the 7,641 Islands of the present Philippines. (See How the Philippines as an archipelago emerged)

These islands, during the Ice Age, may have had land bridges that linked Southeast Asia to the Philippine archipelago thus migration of pre-human species took place.

Cagayan Valley, where the Callao Cave is located, would have been a suited habitat protecting them from wild animals and provided shelter from elements of weather. Sustenance and food supply would have also been abundant for being situated by the river bank while being surrounded by forests and rich soil as it is between 2 major mountain ranges: the Sierra Madre and the Cordilleras.

Not too long ago in 2014, the earliest remains of a tool-bearing human ancestor was unearthed dating back 700,000 years old in the neighboring province of Kalinga.

Schadow1 Expeditions had made a mapping expedition to Callao Cave complex in 2013.

The Callao Cave has five major chambers to which the first chamber was converted to a Catholic chapel.