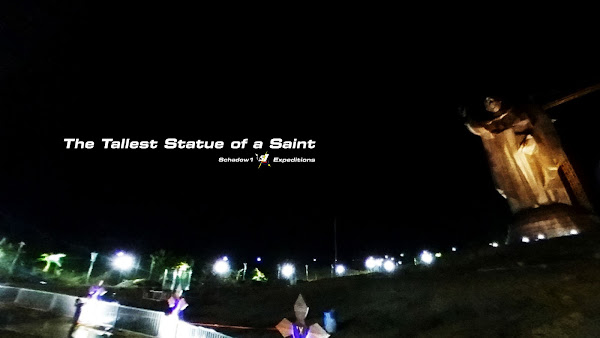 Known as a missionary and converted many Jews to Christianity. A Dominican Friar and revered as a saint by the Roman Catholic Church and the Independent Church of the Philippines, many have sought pilgrimage. In response, a town in Pangasinan has dedicated a Prayer Park in his name and attempting to break the Guinness Book of World Records for his statue.

Bayambang, Pangasinan is one of the southern towns of Pangasinan in the Philippines. Its land is primarily agricultural, to which most of its area are rice fields and mango plantations.

Now, on one of its vast mango fields, a prayer park dedicated to St. Vincent Ferrer is being constructed and aims to get the world record as the highest statue of a saint.

The exact site of where the statue currently stands was a lone mango tree. As to this time, we are still unaware of why the statue was exactly built to where the roots of the tree were located.

The statue boasts 50-meter in height, way taller than the Statue of Liberty in New York minus its base (33 meters) and is situated in a Prayer Park with an area of 45,000 square meters.

The current agricultural barangay targets to become a tourism site with this new accomplishment, moving its way from a laid back countryside to a prayerful yet record-breaking town where many people venerate Vincent Ferrer’s accomplishment on his faith.