The White Beach of Tambobong at Western Pangasinan 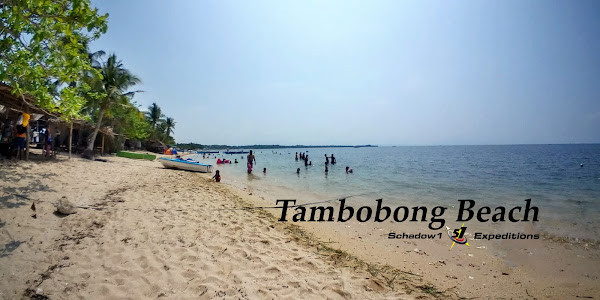 A white beach hidden behind a laid-back village at western Pangasinan, where golden sunsets stun people with its awe. This white sand haven is one of those sought after in Pangasinan amidst its distance to the usually populated province of the north.


Tambobong Beach is a 2-kilometer white sand beach located at Dasol, Pangasinan, near the southern edge of this province that borders with the northernmost extremities of Zambales. (coordinates 15.926345, 119.776889)

This beach, although facing south, gives a great view of the sunrise that emanates over the hills of the mountainous Zambales range and sets over the vast West Philippine Sea.

It has its sister island that is is also famous for being surrounded with white sand beaches, the Colibra Island. (coordinates 15.880973N, 119.77849E)

The main jump-off of this island is at the market of Burgos, Pangasinan. Although Tambobong is already at Dasol, it is more accessible via the dirt road of Burgos.

Most of the previously dirt roads are already paved until the fork going to Cabongaoan (also a tourist-worthy white beach in Pangasinan).

Over the years, Tambobong has developed as a residential area and so the beach area is very near its residential roads. But the beach has remained relatively clean.

Tambobong is surrounded by many houses turned to homestays which you can utilize for overnight beach bumming or can be used as a temporary place to leave your things as you camp out at Colibra.

Tambobong beach is a worthy alternative to usually populated beaches of Alaminos where the Hundred Islands is located, blue beaches in Dagupan and the famous golden beach of Patar in Bolinao.

How to get there?


Coming from Manila, ride a bus to Sta Cruz, Zambales passing through Dagupan, Pangasinan. Drop off at Burgos Market at Burgos, Pangasinan and ride a tricycle to Tambobong Beach.