Portuguese-man-o-war on Island Hopping in Siargao 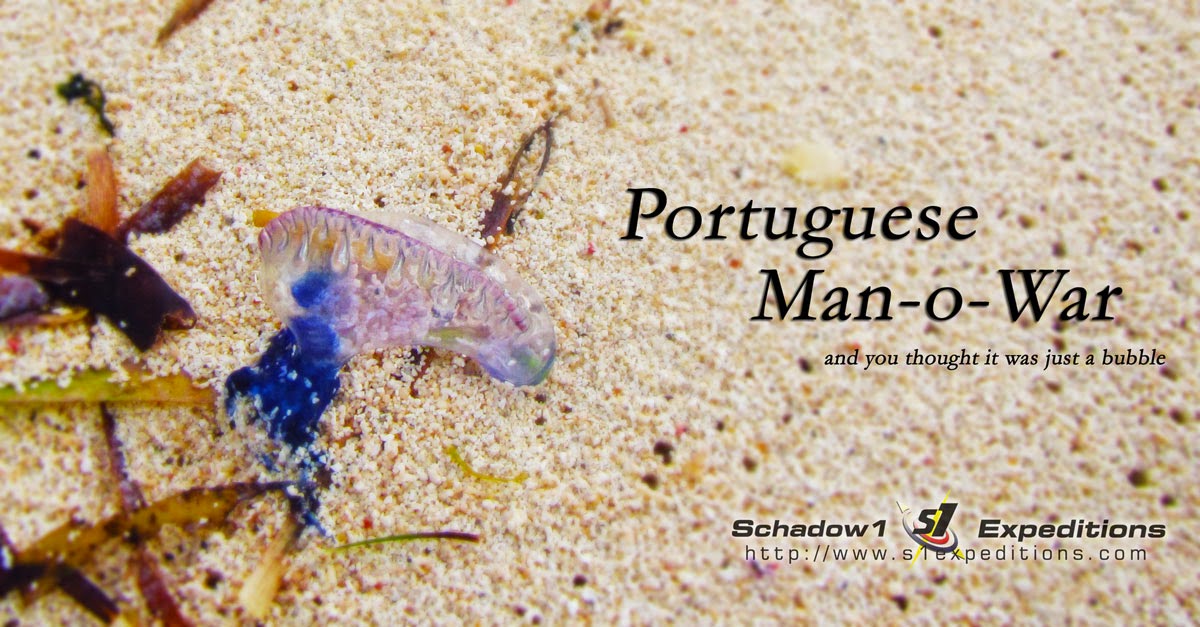 It was a fine summer day. Clear skies, turquoise waters and moderate waves. Right in time for a perfect swim along the fine beaches of the smaller islets of Siargao. Three notable islands namely Naked Island (a sandbar), Dako, and Guyam Islands are near the shores of General Luna, Siargao. Amidst its beauty lies a bewitching organism called Portuguese-man-o-war.


It was like a blue bubble pop washed ashore of the fine white sands of the Dako and Naked Island of Siargao, although more dominant in numbers on the latter.

One must be aware that this small blue-bubble creature produces toxins that gives humans intense pain and may even affect the lymph nodes if attacked in numbers; causing paralysis due to intense pain and irritation.

A creature mostly seen floating around clean and warm sea waters with a bubble head as short as an inch and a half and whip-like blue flagellum as long as 15 inches is a actually the portuguese-man-o-war. Even those trapped on sand bars are as fierce as those floating in the waters.

The portuguese-man-o-war (Physalia utriculus) is not a jellyfish, instead it is a multi-cellular organism living together symbiotically on its flagella-like tail and uses its bubble head composed primarily of carbon monoxide and  a dash of argon and nitrogen that deflates to go deep when under attack and inflates when it catches its prey.

When floating among the sea waters, it uses the waves for its mobility and immediately attaches it self to its victim to paralyze it for food.

As a first aid when stung, do not use your own fingers to dislodge it, instead look for a harder material such as a sharp stone or sea grass to swipe it off. Then flush the affected part with sea water as fresh water would spread the toxin further. Flushing warm salt water when available is advised. Pain can last for an hour and irritation to about three days.