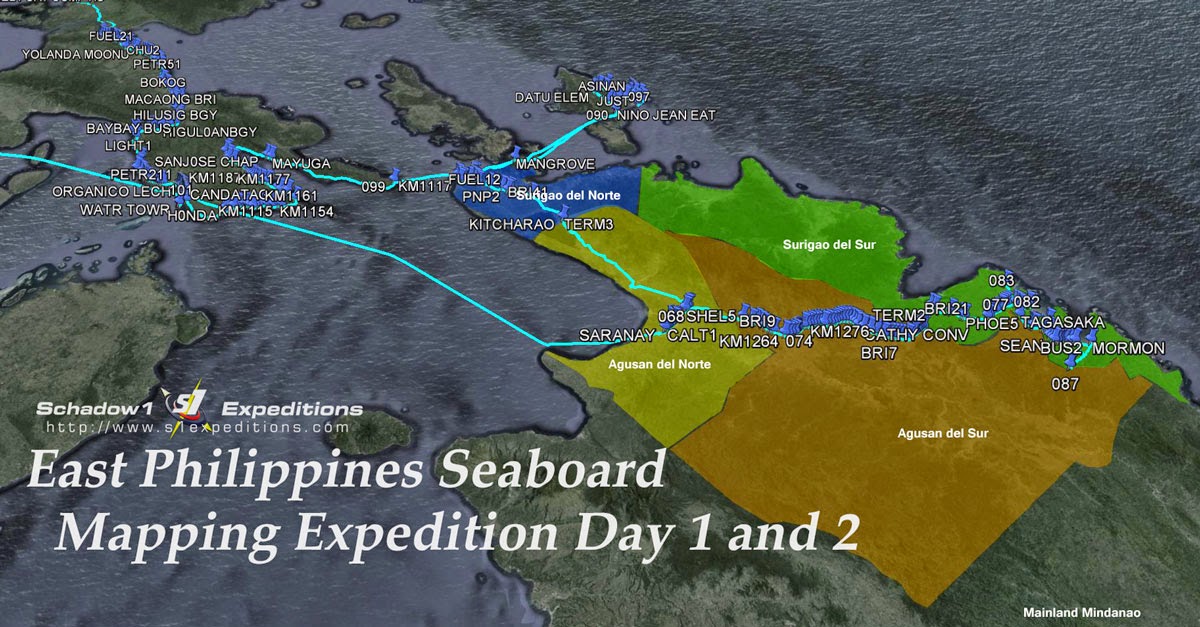 February 27 - March 5, 2015
The East Philippines Seaboard Mapping Expedition for 2015 is Schadow1 Expeditions' widest coverage and non-stop single mapping expedition to date. Covering 13 provinces on its mapping expeditions and passing through about 18 provinces of the country in a 7-day mapping mission. This is with a goal to cover the country's easternmost regions facing the Pacific Ocean; to where most tropical storms are hitting in full force during its initial landfall. This mapping mission is to ensure these vulnerable provinces are mapped for navigation accuracy during times of humanitarian missions and to promote tourism.

It all started as an idea since 2012 as I have not been to Eastern Mindanao  and most of Eastern Visayas. And this idea has been accelerated as Typhoon Haiyan (loc. Yolanda), the strongest storm in modern history has wreaked havoc across Visayas, having its initial landfall at Guiuan, Eastern Samar at record-breaking wind speed of 315km/hr. Although, the map we compile has given a significant contribution as a navigation guide during the humanitarian missions for Guiuan and Basey of Eastern Samar,  Tacloban, Palo, Alangalang, Ormoc of the province of Leyte; also including Bantayan Island in northernmost tip of Cebu, we believe that mapping missions must continue especially on other towns and municipalities along the country's eastern seaboard not yet covered during the digital humanitarian activation.

Here is how I plan mapping expeditions. #mapPHL #travelPH Check which locations need to be mapped, how to get there, timing of public transports, costs, and backup plans. #Schadow1Expeditions
A photo posted by Ervin | Schadow1 Expeditions (@schadow1) on Feb 26, 2015 at 1:12am PST


We have called for support on our mapping expedition a week before our kick-off and we have one person who wants to remain anonymous, have provided support by buying me a cup of coffee on the first day of our expedition. And one person who offered prayers. People like them in simple ways inspires us to continue our advocacy.

We have initially decided to start at the province of Davao Occidental however due to lack of funds we decided that getting on a plane bound for Butuan City of the province of Agusan del Norte as the most economical way to start off our mapping expedition.

The 2015 East Philippines Seaboard Mapping Expedition of Schadow1 Expeditions has covered thirteen provinces from Surigao del Sur of Mindanao, all the way up to Camarines Sur of the Bicol region.

Coming from a night shift work on the dawn of February 27th, we hurriedly headed home to prepare our needed things for the trip. A 15kg pack for my self and an 8kg pack for my partner. The rest of the hours were spent in making sure contacts, itinerary and trip details are in place and plans are made in case some of them fails. By night time, we headed to NAIA Terminal 4 for our 6PM flight to Butuan City. The flight was delayed for an hour and we reached Butuan at 8:30PM. 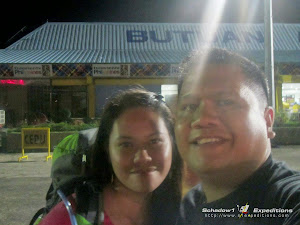 Our original plan was to visit the Balangay Museum: a museum that showcases the large boats called Balangay that were the first boats to roam around the West Philippine Sea and South China sea to trade with neighboring countries; which dates back to 320 A.D. This history makes the inhabitants of the pre-colonial Philippines as the first people to literally "own" the disputed islands in Spratlys and of the Panatag Shoal (Scarborough Shoal) 200 years earlier than the Chinese explorers have ever reached those islands.

But it was already late in the evening and the museum is already closed. So we instead mapped our way from Bancasi Airport to Butuan Central Terminal and get a transport to Hinatuan, Surigao del Sur.

Mapping key points along the way from Butuan, Agusan del Norte and towns we passed by along Agusan del Sur, including the town of San Francisco; we reached Hinatuan of Surigao del Sur at 2:30AM. As it was too early, we decided to get our first sleep on our trip at this transport station. We had 3 hours waiting time before vans and motorcycles (habal-habal) bound to the Enchanted River of Barangay Talisay arrives.

By 6AM, my birthday, we woke up with a pre-sunrise view of the Hinatuan River. We left the terminal and hired the services of Gaga Perolino to transport us to any spots we want to be within the town of Hinatuan and the city of Bislig. And so we went ahead to the Hinatuan Enchanted River first to get to it the earliest hour possible so that it would not yet be cramped with people.

Waking up at Mindanao with this view on your birthday = awesome! #travelPH #mapPHL #Schadow1Expeditions #sunrise
A photo posted by Ervin | Schadow1 Expeditions (@schadow1) on Feb 27, 2015 at 1:48pm PST


After battling 15.3 kilometers of butt-numbing unpaved roads in the middle of a drizzle, we arrived at the Hinatuan Enchanted River at 6:45AM; and was in awe after seeing the river for the first time on our own eyes. Its natural blue hue and depth is truly enchanting. A swim and a dive to the river has energized our weary selves after having lack of sleep and long rides a day before. 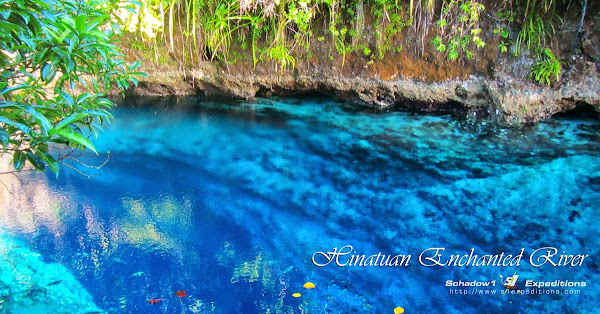 An hour later, we reached the jump-off to the cave. It is a 400-meter trek from the unpaved roads of  San Vicente towards the woods area down to the river where it flows out from the cave. The water is ankle deep when we arrived and we were not prepared for it so we instead took pictures of the cave opening and then left for Barangay Burboanan. 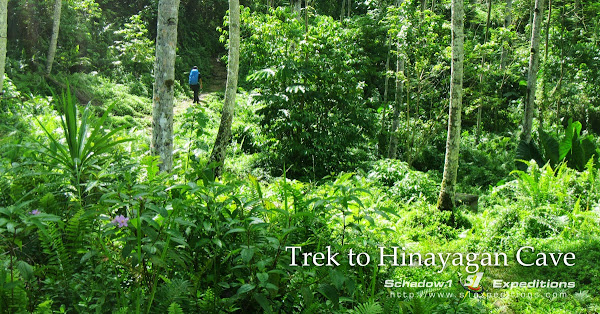 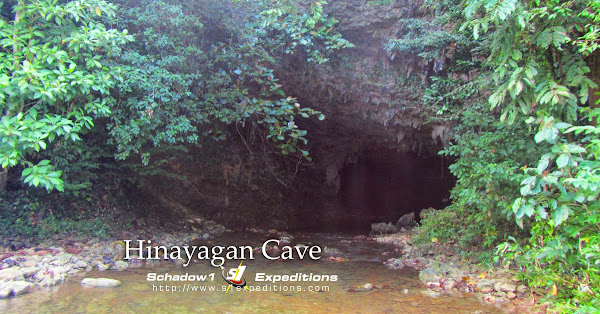 We arrived Barangay Burboanan at 11:00AM from San Vicente. Still mostly unpaved and muddy due to the early morning drizzle, we finally reached the widest massive falls of the Philippines, the Tinuy-an Falls of Bislig. 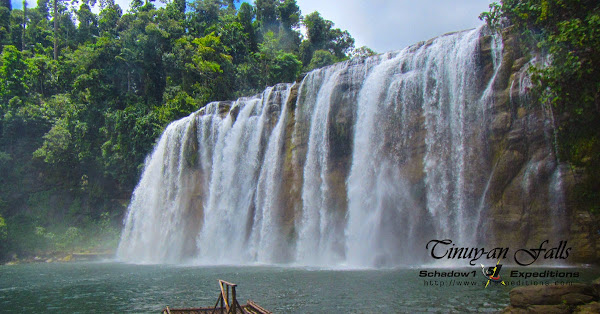 By 1:00PM, we headed on to Mangagoy bus terminal for a long ride back to Butuan City and get another ride to Surigao City of Surigao del Norte.

We reached Surigao City at 9:00PM. Heading to Siargao Protected Islands and Lanscape as our next itinerary, the first boat to the islands would not leave until 5:00 AM and Eva Macapagal Pier is closed as early as 7:00 PM and is not open to commuters to stay and wait for the next trip.

We were held back to stay for the night at Surigao, but minding the cost as we are not yet half of our expedition, we decided to stay in a 24/7 establishment. This happened while having to deal with a tricycle driver who wanted to charge us Php100 for a measely 3.5km return trip; after agreeing on a Php60 fare even if he already knows that the pier is closed. All for pretending not to know the pier is closed at such an early time so he can charge us extra, for he cunningly knows it is inevitable that he would have to bring us back to the city proper.

We however disappointed him as we instead decided to walk and map around Surigao City and stay at McDonald's over the night until 4AM to eat and charge our gadgets for our next voyage. 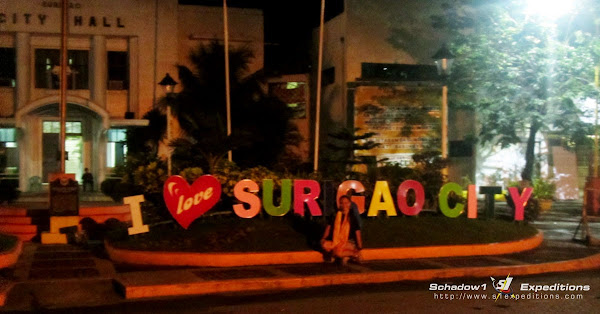 This article is Part 1 of our narrative to our mapping expeditions to the Philippines' eastern seaboard. This is Day 1 and Day 2 of our 7-day mapping expedition to the eastern seaboard of the Philippines; covering 13 provinces from Mindanao's Caraga Region to Eastern Visayas and Bicol which acquired over 500 waypoint data and covered over 2,700 kilometers of roads, trails and ferry routes. The data has been donated to OpenStreetMap Philippines and a GPS routable map of the Philippines is being compiled by Schadow1 Expeditions regularly to which it can be used for navigation assistance for tourism and humanitarian purposes.