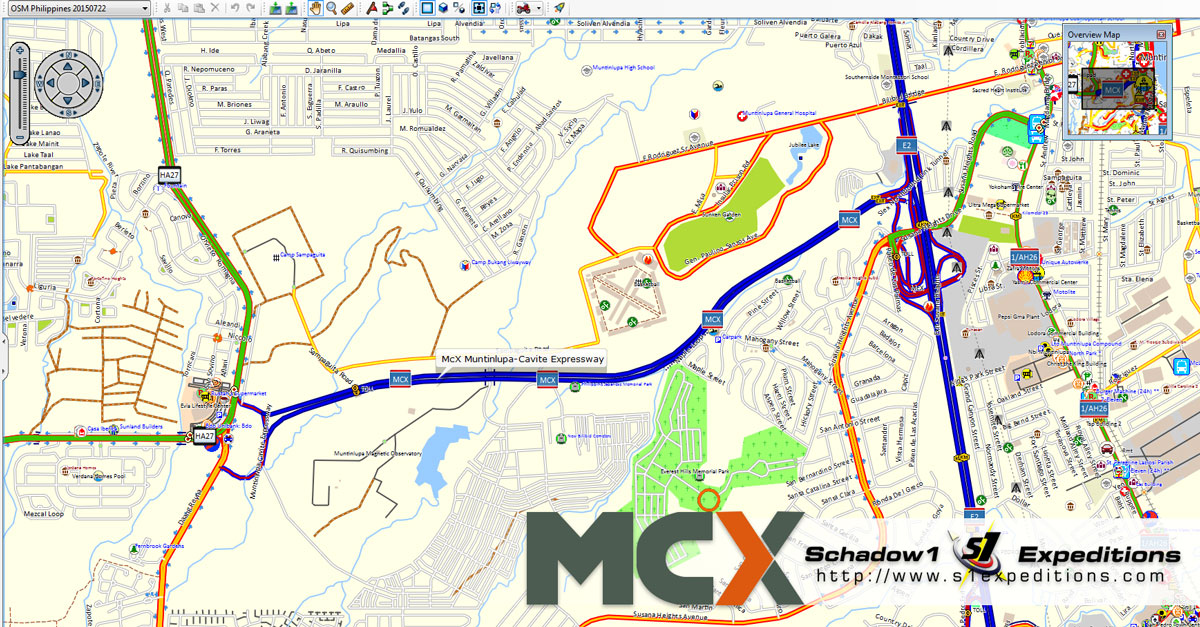 The Muntinlupa Cavite Expressway (initially named as Daang Hari-SLEX Link Road) is a new toll road constructed by a subsidiary of Ayala Corporation that aims to provide fast access to the residential areas of Bacoor, Cavite by linking the South Luzon Expressway and the Daang Hari Road via a four-kilometer fast lane highway.


The tollway itself is 3-kilometer long with connector roads via tunnels and bridges to act as interchange at Susana Heights exit of the South Luzon Expressway to route vehicle traffic to Muntinlupa via Susana Heights Road and to Las Piñas and Alabang via the northward stretch of the Daang Hari arterial road and to Bacoor and Imus Cavite via eastward stretch of the same Daang Hari road. The expressway aims to decongest traffic at Alabang and Filinvest exit of the South Luzon Expressway by providing an alternate route to Cavite and Las Piñas via Susana Heights exit.

The project started last 2012 and was completed July 2015. Soft opening of the expressway commenced July 21 of the same year and completely operational on July 24, 2015.

The first GPS routable navigation map of the Philippines which includes the Muntinlupa-Cavite Expressway is available at our #mapPHL page starting its July 22, 2015 update. Data is based from volunteer mapping contributors of OpenStreetMap Philippines. Also, a separately downloadable speed limits alerts for your GPSr is also downloadable on the same page adding up the speed limits for MCX.

Going in and out of Cavite - a comprehensive guide to the province where the Philippines as a country started.