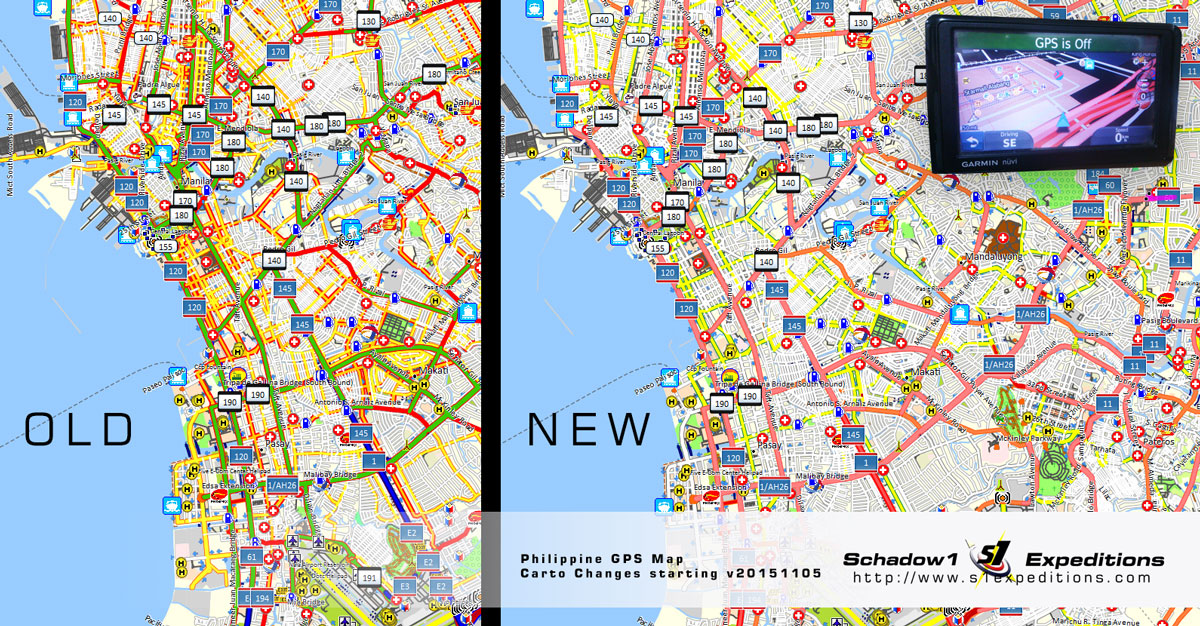 On to our latest iteration of the frequently updated GPS routable map of the Philippines, we have changed from a rainbow-colored road theme to a red-orange-yellow-white roads. This enhances visibility of more elements while you are driving with your GPS-assisted device or trekking the mountains of the Philippines.

The latest visual update of the GPS map of the Philippines based on OpenStreetMap was matched on the v2.36 carto changes of the standard map tiles on OpenStreetmap.org; which was released at the last week of October 2015.

Last 2013 during the typhoon Yolanda (Haiyan) crisis in the Visayas, our map was used by international humanitarian agencies to move their way around the storm-battered towns in Leyte and Samar in the absence of a fully functional local government, right after the onslaught.

To download the map for free, go to our #mapPHL page.
For instructions on how to install to your navigation device, go to our article here.

Schadow1 Expeditions also provides the latest elevation contour map of the Philippines derived from the latest and most accurate SRTM 1-arc second elevation data from NASA.

The latest visual improvement of our maps has been released starting its November 5, 2015 release.
Schadow1 Expeditions has been publishing navigation assisted maps since June 2013.