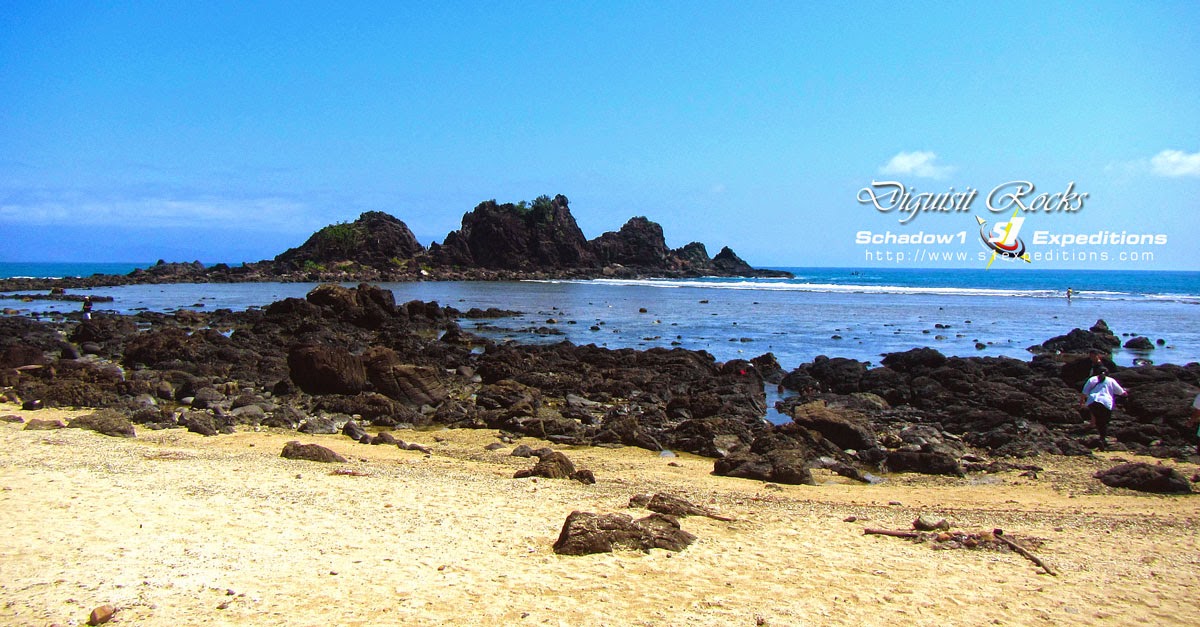 The Diguisit Rocks is one of the rocky shores of Baler Bay along the Cemento and Diguisit Beach. It is a testament of a million years of pounding waves that shaped its form. Located along the semi-white beach of Diguisit and just lying beside the famous Cobra Reef - an ultimate surfing location in Baler. There are three special things at this location in Baler: Beyond the rocks is a surfing paradise while its beach is an exquisite location for beach-goers... and the rocks itself are a challenge for rock climbers.

This 3 in 1 masterpiece of nature makes the Diguisit rocks one of locations in Baler that you should not miss.

The Diguisit Rock formation separates Cemento Beach from Diguisit Beach; and the water beyond the rocks are jagged enough to stir the waves thus making this spot the Cobra Reef surfing spot of  Baler, Aurora.

The beach is privately owned and is called Dela Torre Beach Resort which is a semi-white sand beach although significantly smaller than the famous surfing beach of Sabang, this beach, in contrast of Sabang, faces northwest and is one of the best beach to bum at and wait for the sunset while in Aurora. Access to the beach is Php 20. 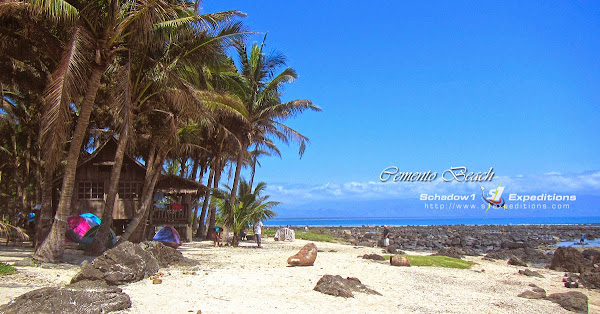 During low tide, the rocks to the Diguisit rock formation is exposed thus climbers can cross the beach to the rock formation to climb its jagged and challenging edges.

Be warned though that the path to the rocks is populated with Sea Urchins and Brittle Stars (orphiuroids) which are closely related to starfish but is of the same family as Sea Urchins. They may look enchanting however their bodies are protected with spikes and toxins would not give you a good experience if you accidentally step on them. So make sure that you wear amphibious shoes when you trek the rocky trail to the rock formation.

The rock formation is about 30 meters high which you can climb and while at the top, you can enjoy the summer breeze and the view turquoise waters of Baler Bay. 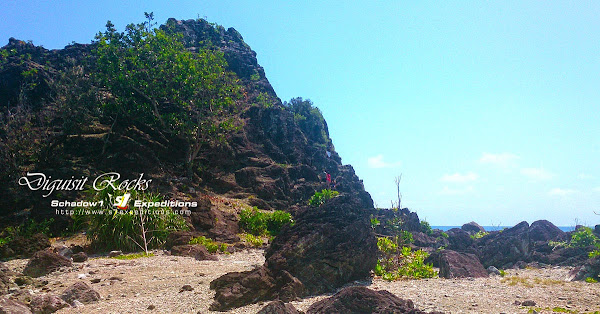 At high tide, the jagged shores rattle the waves making it the Cobra Reef which is a more challenging surf location.

Our visit to Diguisit Beach and the whole Baler, the capital town of Aurora, is part of our mapping expedition during the summer of 2014. The mapping data has been contributed to +OpenStreetMap Philippines  and RoadGuide Philippines. A map based from Openstreetmap data is being generated by Schadow1 Expeditions in a regular basis which can be used with your GPS navigation devices to guide you on your travels and hikes. This is so a Filipino would not be a stranger to his own motherland.