Ditumabo Falls - The mother of all waterfalls in Aurora 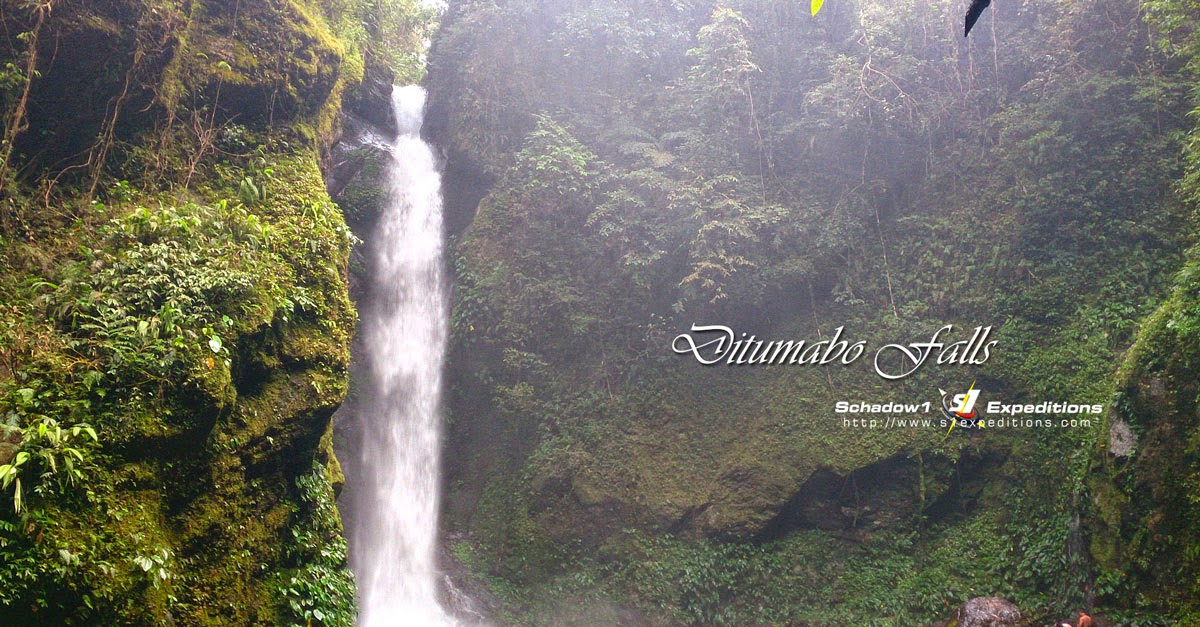 April 19, 2014
Part 2 of the Baler Series
Famous for its name as the Mother Falls - being the tallest waterfall in Aurora Province is located at Barangay Ditumabo, San Luis, Aurora, is one of the best places to visit when you are at Baler. The Ditumabo Falls is about fifty meters high and falls on a 30 meter wide basin which provides a natural cold swimming pool. This falls is the best way to refresh yourselves on a hot summer day in Baler after you already had an overdose of salt water when surfing along the shores of Sabang Beach.

The Mother Falls or Ditumabo Falls jump-off is about 15 kilometers away from Sabang Beach, the famous beach strip of Baler as being the birthplace of Philippine surfing. Along the Nueva Ecija - Baler road at Barangay Ditumabo have tricycles and motorcycles will offer you a bumpy and rocky ride worth P100 to the jump-off of Ditumabo Falls. From there, it is a 2.6-kilometer or a 50-minute gradual hike to the water falls. 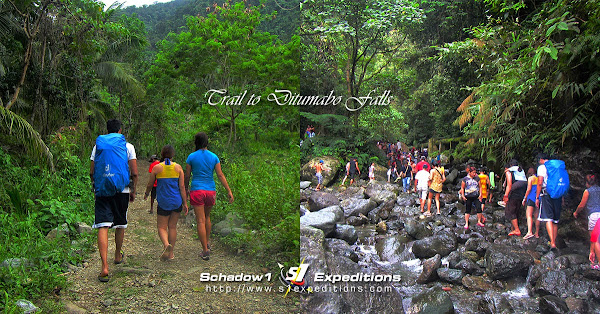 You will be walking along from rocky and dusty path at the jump off to a rocky and wet trail passing along and crossing the Ditumabo stream where the Mother Falls is flowing.

Business stalls offering grilled corn and the famous purple yam rice cakes of Aurora are sold on three areas along the trail (Suman de Baler). First at the Elen Mini Falls jump-off, then at the major jump-off and then right before you reach the hydroelectric plant. Trekking the falls is a piece of cake having these refreshments and fresh potable water of Ditumabo stream hydrates you along the trek.

Passed the hydroelectric plant that supplies power to Aurora province, is the water pipeline that you can use as a guide to the falls as it leads to it.

A few meters from the Mother Falls is a small waterfalls which I call as "Falls Alarm" as you will think that this is already the Mother Falls but it is not. However, this waterfalls can be an alternate swim site in case the Mother Falls gets too cramped with people. Ditumabo Falls becomes crowded  during peak seasons such as the Holy Week. But it is not disappointing as the falls is still large enough to accomodate a lot of people and the water remains cold as you want it to be after an hour-long trek.

At the end of the pipeline and the trail itself, is the 30-meter wide pool off cold water coming from the falls at 50 meters high.