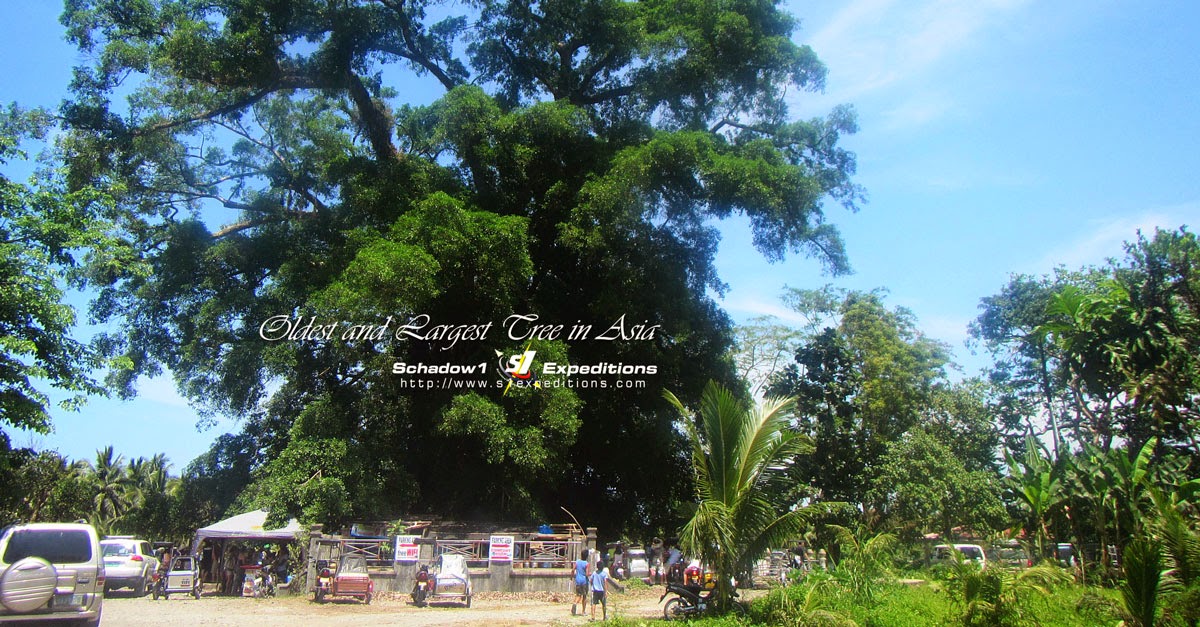 For almost 600 years that stood witness to the Philippines prior to its colonial history until the present, a lone tree masquerades itself at the town of Maria Aurora in Aurora Province. A tree towering itself and dwarfing out other coconut trees in the area. A sight to behold and an example of how a true Filipino culture gives importance to its environment and how nature can get back to its locals in the form of tourism.

The Asia's largest and oldest tree is a  Balete tree with scientific name of Ficus balete Merr and can be found at a park in Aurora. It is also famous for being known as the "Millenium Tree" due to its age. The base of the tree is a wireless internet zone, making this classic 600-year-old tree an irony with the latest technology. Entrance to the park is Php 10.00 and is accessible via tricycle ride coming from Maria Aurora town or from Baler, the capital town of Aurora province and is famous for being the birthplace of surfing in the Philippines.

The balete tree is a famous tree in the Philippines having been used for ornamental purposes: from as little as a bonzai ornamental plant, to the favorite "tree-planting" project of various local governments on city side-roads. Garnering its strength and stability from its limitless growing figs emanating from its branches going down until it touches the ground until it also becomes part of its roots. Its fig system increases adding balance and strength as it supports its main trunk as the tree grows larger.

The trunk of the Millennium Tree is big enough that a natural "passageway" for people at the middle of its fig system is possible. But due to my built, I could not fit in and haven't dared to cross it as I would not want to be in a news headline that put a 600-year old tree to its demise for my rescue. :D Instead, I had the privilege of climbing it like an 8-year-old. 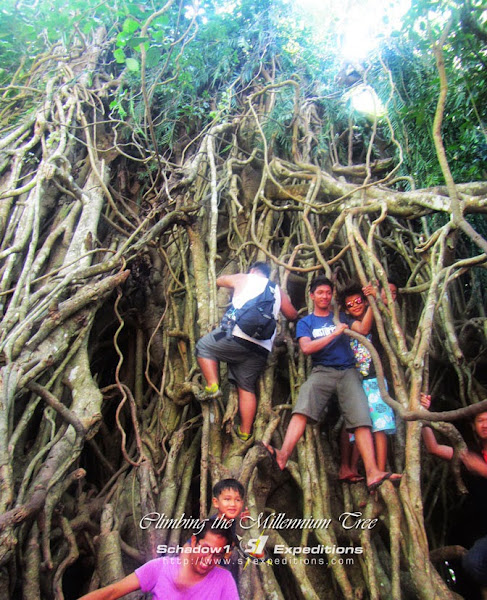 The trunk of the tree is so large and when I measured it using a GPS tracing device, the trunk of the Millennium Tree occupies 191.10 square meters. Larger than the average real-estate units sold today at an average of 120 sq.m. 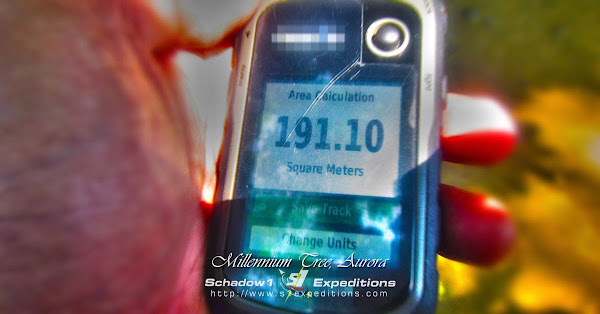 Around the tree are retail stores that sell Aurora Province's product: the Suman de Baler or generically known as a purple yam and glutinous rice cake. Large coconuts are also sold at Php 20.00 each - large enough that it seems the juice it has is over a liter. 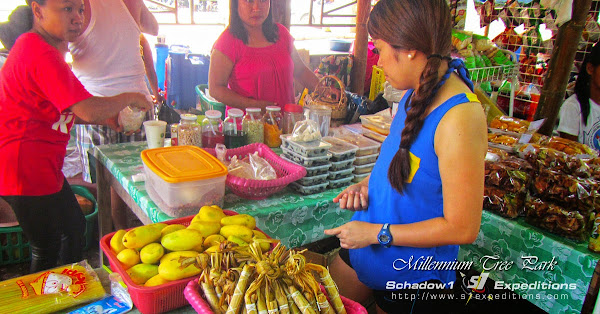 Our visit to the Aurora Millennium Tree and the whole Baler, the capital town of Aurora, is part of our mapping expedition during the summer of 2014. The mapping data has been contributed to +OpenStreetMap Philippines  and RoadGuide Philippines. A map based from Openstreetmap data is being generated by Schadow1 Expeditions in a regular basis which can be used with your GPS navigation devices to guide you on your travels and hikes. This is so a Filipino would not be a stranger to his own motherland.